It's that time of year again.
The time when any team has a chance to be a champion.
While it's not likely that USC will win it all - it is possible.
Being from Cali., I tend to lean towards the Left Coast.
But I like teams from other parts of the country as well.
Of all the teams in America there are none that I hate more than... 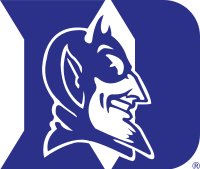 Duke.
Yeah... I like Coach K - but I hate Duke.
Why?
No, not because they play and consistently win with teams that are composed of a lot of white players.
(I don't care about that.)
Because I can hold a grudge.
It was Duke that knocked out UNLV in the 1991 Final Four.
It was Duke who beat the Fab Five of Michigan in 1992.
But I also hate North Carolina.
The Tar Heels beat Michigan in '93.
The Heels beat Georgetown back in '82.
Even N.C. State got in on the fun by beating Phi Slama Jama from Houston back in '83.
I don't like the tobacco Road teams - but I hate Duke. 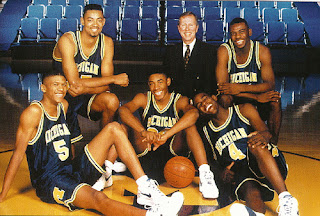 Coach Fisher seems to have rebounded since his "Fab Five' days at Michigan.
He leads this years San Diego State team to a number two regional seed suffering only two regular season losses to BYU.

My predictions;
East
UCLA or UNLV (Ohio State) - I'm a West Coast guy so I favor teams from the west, but Ohio State will win the bracket.
Southwest
Kansas - I have no dog in this fight so I'll go with the number one seed.
West
USC (San Diego State) - Always S.C., but SDSU will win this bracket.
Southeast
Arizona (Duke) - Arizona is in the Pac 10 so I have to root for them to rep the West, but Duke will win this bracket.
Posted by uglyblackjohn at 1:32 AM