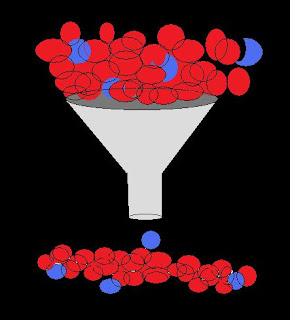 Education is good, application is better.
Back in the day, people knew how to do their jobs.
Even manual laborers had to go through an apprentice process in order to call themselves craftsmen.
Back in the day - under much more harsh conditions - only the best would rise to the top.
Today, many people expect to get paid just for showing up.

Many people fell for the lie that all one needed was an 'education' in order to succeed.
But with high schools handing out diplomas to anyone who just went to class a minimum number of times and universities passing out degrees to anyone who is just barely proficient at taking tests - the ability to solve problems seems to have been lost.
Many universities seem more concerned with increasing their endowments than they are with graduating creative and productive members of society.

What happens is that far too many people imagine themselves as being members of the educated elite when in reality they are just average minions ready to follow orders or the next trend. (These are those who just happened to get through the small part of the talent funnel first.)
By allowing so many people to use diluted credentials as a means to power and resources, we get stuck with answers which are not the solution.
We get stuck with self serving or and/or shortsighted leaders who lack the character to make the hard choices in life.
We get stuck with adults who still think and act like entitled little children.
We get stuck with people who are afraid to tell the truth about others because their own lies and misrepresentations may also be exposed.
Sure, our leaders, businessmen and politicians suck - but, in the end, we get the leadership and representation we deserve.
Posted by uglyblackjohn at 10:19 PM

Welp when the goal of capitalism is to create a standardized result there's no wonder these kind of people are produced. When the answer to a problem is really inspecting the process instead of solving the problem again we get what we deserve.

We got this far by copying the assembly line mass production mentality. Now we are entering a new era where problem solving separates true talent. When the machine is limited in it's output and we ran it as hard as we could we need someone to come up with a new process altogether.

So while the truly smart adaptive personality got lost in the minutia of life... with the advent of a technology driven society the person who sees around corners returns to their rightful place as a prophet.

The prophet who never tried to fit in already enjoyed their freedom. It's just the other poor slaves who always knew it was in them but died a horrible death as a fake title who are being liberated.

We get stuck with self serving or and/or shortsighted leaders who lack the character to make the hard choices in life.
We get stuck with adults who still think and act like entitled little children.
We get stuck with people who are afraid to tell the truth about others because their own lies and misrepresentations may also be exposed.
Sure, our leaders, businessmen and politicians suck - but, in the end, we get the leadership and representation we deserve.

I believe that since the advent of unconstrained corporatism, people are also getting the "leadership" that corporations impose. This is true across all sectors of human ranching activity.

Corporations have VERY different aims and needs than individual human beings. Corporations operating as legal persons have profoundly distorted the calculus of governance and of the governed.

@ FreeMan - I was thinking about the role of 'The Outsider as the Savior' - even when the outsider comes from within the same group as those which he is now tasked to save.
There is something to be said for the man or woman who fails to settle for the limits imposed on him/her by others within any social group.

@ SeeNew - Yeah, but we elected/appointed the idiots who let corporations run the country.

You realize that your "we elected/appointed" assertion goes back to the 14th amendment which gave corporations personhood under law, and has encompassed generations now of legal precedent that have resulted in the current sorry state of affairs.

I don't believe it makes much sense to connect up federal judiciary appointments (inclusive of the supreme court) in the category of "folks get the leadership they elect/appoint/deserve".

There IS a whole other level of the game being played covertly within the 6th estate of the legal guild(s)...,

But what could we do?
Protest like in the Middle East?
That would go as well (or worse) than what went down in Wisc..
It starts locally and then maybe people begin to change the way things are run on a regional and then national level (Which WILL NOT happen).
But if enough people see that things are effed-up, they will function as though they were in the world but not of it.

now that the afl-cio and teamsters have enjoined the battle and are withdrawing institutional scale funds from offender banks, a tactical road map is being drawn for folks to vote with their dollars as well as with their ballots.

possibilities have re-emerged where formerly they seemed a little thin and weak..,