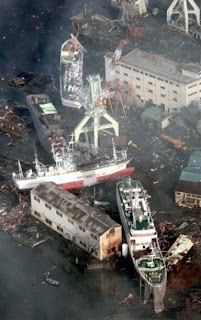 Growing up in Riverside, California - Sendai Japan is a city which was often mentioned in the city's elementary school civics classes.
For some reason we were immersed in far-away cultures which had an influence on our city's development.
Between Native American, Latino and Asian cultures in addition to a strong European influence, it was easy to learn about traditions which may not have been our own.

The city of Sendai has been a sister city of my hometown since 1957.
As a result of this, Riverside celebrates with an annual festival. 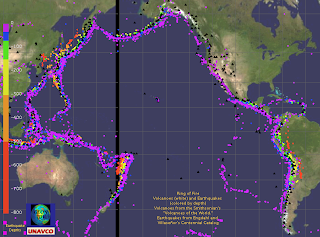 The next big earthquake will more than likely occur somewhere within the so-called Ring of Fire.
As earthquakes are also common in California (anything below a 4.0 doesn't even warrant a mention between locals), my purely unscientific prediction for the next big earthquake is for my hometown to suffer.
Do I wish this on my city?
Heck no, but it seems that California is overdue.
And as everything seems to be connected in the most obscure ways - Riverside, California will be next.
Posted by uglyblackjohn at 1:51 AM

What's funny is even after seeing the destruction in Sendai most Cali people will not get ready for it.

I don't know about Riverside being the epicenter but then again Northridge had theirs and who would of thunk it!

Even though Riverside is out in the sticks it's still my hometown.
I'd hate to see it become beachfront property.

But yeah, those who are prepared will be alright - those who are not will be the ones on the news looting in Beverly Hills. (Oops, I mean 'finding' resources.)