A Generation of Sissies 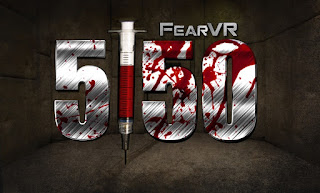 Back in the day - growing up in suburban Southern California - Halloween was always fun.
Not just trick-or-treating on the actual night. Not even the Dio de los Muertos celebrations the following days...

Halloween was fun enough; running from the big kids trying to steal our candy, eating all our 'good candy' before one got home only to have his parents take it, staying out later so that we'd get the final dump of candy before people would stop giving it out, knowing which houses have the full-size candy, picking pomegranates and having battles trying to stain the other kid's costumes in sticky red juice,... And in later years, pulling pranks on our friend's parent's homes. (Detergent and food coloring in swimming pools was oh-so common.)

Halloween season started with the opening of Knott's Berry Farm's Halloween Haunt (Currently called, Knott's Scary Farm.).
Depending on one's age, Halloween consisted of a trip or two to Knott's, an Oingo Boingo concert, strolling down Hollywood Blvd to trick-or-treat (as ten year olds, Hollywood Blvd on Halloween night was a sight to see.), and an endless list of Haunted Houses.

But the highlight - regardless of one's age - was always Knott's. Disneyland may have been more famous, Magic Mountain may have been bigger with better rides,
but it was Knott's that was the most fun.

These days, pastors and the PC Police protest against everything as being offensive towards one group or another. (I'm just waiting for Black Lives Matter to protest the hanging of ghosts in trees as being symbolic of the lynchings of Blacks.)
These days Halloween attractions at Knott's are being closed because they may be traumatic to the mentally ill.

Really? Knott's was forced to close Fear VR 5150 because the mentally ill may become stigmatized by it's representations of the horrors of being trapped in an insane asylum?
What's next? Those who suffer from the 'disease' of obesity protesting Christmas because fat people are being portrayed as being cruel to reindeer and enslaving midgets (Or are they elves or dwarfs?) 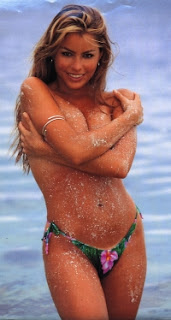 Weeks after Jeffrey Tambor won an Emmy for his work in 'Transparent', a year after Bruce was celebrated as Caytlin - is 'Modern Family' really doing anything that daring?
(I catch the show on occasion - mostly to check out Sophia Vergara.)
While the show has just cast a young transgender eight year old (Can one really be transgender at that early of an age?) as the gay couple's adoptive daughter's new friend - is this really a 'first'?


In the tradition of the Onnagata in Japanese theater - Yellow Dancer from 'Robotech' was a transgender character in a children's cartoon - over thirty years ago.
Posted by uglyblackjohn at 10:26 PM No comments:

The Shot Heard Around the World?

Reforms in the American justice/financial/religious systems have been promised for decades.
But can current events be the beginning of a modern-day Shot Heard Around the World? (Or at least The Shot Heard Around America?)

Power has never respected it's victims - power only respects power. The Third Estate will always be the victim - until it realizes that it doesn't have to be. Modern-day Metics (Not slaves. I've never heard of slaves applying for work on plantations - most of y'all asked to be where you are.) in America (minorities) will always be second-class citizens until they realize that they don't have to be and take on the added responsibilities that go along with being a free citizens.

Black lives will never matter.
(Until Blacks prove that they do.)
Posted by uglyblackjohn at 4:03 AM No comments: 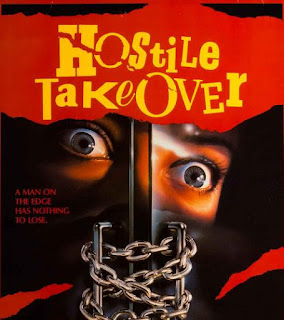 I'm just good at them.

The club for which I am currently consulting (think: Bar Rescue) is doing VERY well. It's doing so well that it's primary creditors are offering to take the club from it's current owners and offering to give me the club.
Shiiid... That's how I ended up with my last few clubs...

There are three rules in nightclub ownership;
1) Pay your employees.
2) Don't sleep with your employees (or customers).
3) Pay your bills, fees, licences, and taxes.
That's all.
In.
That.
Order.
Posted by uglyblackjohn at 4:46 AM No comments: 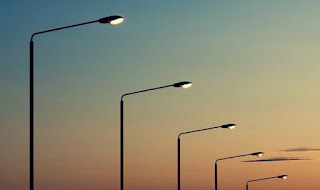 Every kid in the hood knew to be home before the streetlights stopped flickering.
I wonder if the practice had it's roots in slavery.
Posted by uglyblackjohn at 4:40 PM No comments: