I still hate nightclubs,
yet I'm still good at them.

I live in an area where most Blacks are first-generation members of the working to middle classes.
Well paying jobs at the local refineries and the relatively low cost of living here have led many to believe that they have 'made it' or even worse that they are 'rich'.

The area scores lower than most other cities across the nation in heath, education, culture, happiness and a host of other measures of one's quality of life.
Yet many young adults feel as though their adult lives will be as comfortable as their childhoods.

These are children who: never walked more than two blocks, never were cut from an athletic team at school (B and C teams are formed so that the less talented kids can still participate.), had academic standards lowered at their schools so that they could graduate, received participation trophies, were told by broke-assed and unaccomplished Hotep brothas that Black people invented everything and it was all stolen by the white man, were lied to by their parents who told them that they were as pretty as Beyonce when they really look like Leslie Jones, think that every undesirable interaction is 'bullying', and whose only desire is to be rich and famous.
No one ever taught them the social responsibilities that go along with wealth. (Not that most of their parents or grandparents would have known anyway.)

I'm trying to get out of the club business.
I think I'd like to develop a curated shopping center similar to The Lab in Southern California.
The thing is, I'd like to teach and train the next generation of club owners.

My highest paying client is someone who made a little on the street and then bought a small trucking company.
He has taken his profits from his legitimate company and he now owns a nightclub.
He has hired a bunch of twenty-somethings who, to me, are lazy and undisciplined,
Most have to be told to stay off of their phones for personal reasons, to show up on time, to clean up their own messes, to never sit down while working the floor, to not eat behind the bar, and many other niceties one is usually taught at home.

'Are you raising your voice to me?', I calmly asked a DJ who refused to play a request from a customer unless he were tipped.
I went to the register, pulled out his nightly fee to pay him and asked him to never apply to work at any club in which I'm in any way involved.
'I'm an artist.', he said as he angrily packed his computers.
I had another DJ hired before the song that was queued had finished playing.

The club had girls who didn't know how to sweep?
Girls who didn't want to mess up their nails by washing glassware.
Guys who spent more time talking to girls than doing their jobs.
Girls whose tips were higher than their sales,...
They've all been fired without warnings.

The club owner is so frustrated that he wants to only hire white employees who know how to work.
He (A relatively young Black guy from the hood.) is beginning to believe all the stereotypes perpetuated by some about the poor quality of the Black hiring pool.

'Nah, man. You can train a dog, you can train a monkey - you should have no trouble training Black employees.', I said as I reminded him that I had to train his whole management staff even though most had past experiences in failed Black-owned clubs.

But I'm not sure.
Maybe I'm too old and tired to deal with entitled children who fail to understand the value of actually having to do the work in order to earn their reward.
Maybe this whole generation is just beyond me.

These days (and within many circles) such a song would at least raise an eyebrow - unless you're Roy Moore and/or one of his supporters.
(But he lost his Senate seat and is no longer relevant so... moving on.)

Back to that song by the Stray Cats.
I was in high school when that song came out but I remember thinking, 'WTF?!'.
All the cool senior girls liked the song just fine but Bryan Setzer looked to me a bit too old to be dating high school aged girls.
It was the 80's and New Wave was in and the band was living in the UK and they had a different age of consent there so....
Legally I got it, but it just irked me when college guys would come to our high school to look for girls.
It just seemed kind-of creepy.

A few years earlier The Police had a minor hit with 'Don't Stand So Close to Me.'.
Nabocov novel aside, this song didn't seem as creepy.
Sting seemed to try to distance himself from a girl who had a crush on him - it happens.

But these songs have no excuse:

KROQ would play this catchy little ditty but the video was kinda' Catholic Priestish....
The Suburbs 'Music for Boys' seemed like a NAMBLA theme song.
Sure, I liked the song just fine but the cover for the twelve-inch and the video seemed a bit odd.


Then there is this - The Ultimate Creepy Song.
I liked Oingo Boingo and most of their albums.
Heck, I even liked this song.

Again, it was the 80's and Roman Polanski had been in the news for 'Tess' (Which starred a young Natasha Kinsky) so the idea of an old dude with a little girl kind of creeped me out.

The video for 'Little Girls' showcased little women so I never even thought of the song being about pedophilia until my older sister pointed out the meaning behind the lyrics.

This whole #MeToo thing is sometimes ridiculous - I won't even hug a woman at the clubs anymore for fear that they may say that I tried to grope them.
But judging by the songs from my youth - maybe there is something to it.


Posted by uglyblackjohn at 11:40 AM No comments:

It Was Bound to Happen 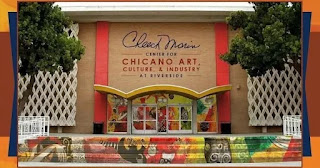 Church Martin has gotten the go-ahead to open his museum of Chicano Art in my hometown in the city's former central library.

I'm not a smoker and I always favored listening to Cheech and Chong's albums over watching their movies but a Chicano Art Museum in Southern California seems like an inevitable and natural fit.

Located next to the historic Mission Inn - it would seem to be an ideal location from which to draw maximum traffic. 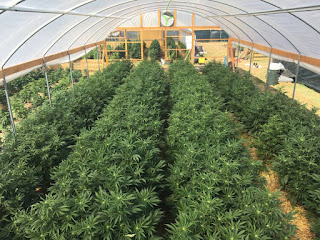 Californians may now legally smoke recreational marijuana.
In a state thought to be liberal, many may have assumed that this would already be the case.
Weed and California go together like Cheech goes with Chong - they're a natural fit. 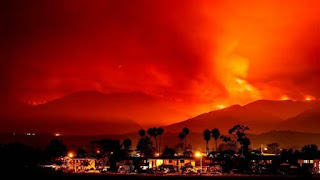 My only concern is the area's likelihood of wildfires.
Wildfires in California are as common as heat in the South or snow up North.

Count on seeing news of many farms going up in smoke.

Posted by uglyblackjohn at 9:06 AM No comments: