Seek Out Your Own Salvation

What's the big deal about a man expressing his religious views... In a Church Service...?
Posted by uglyblackjohn at 7:25 PM 3 comments:


Posted by uglyblackjohn at 4:53 PM No comments:

Someone seems to think that "faith" is a four-letter word.
It seems that every example I post is dismissed as being something other than this 'f-word'.

While The Hobbit - An Unexpected Journey is a bit too new to have the appropriate clips on YouTube - the referenced scene can easily be found.

There is a scene in the movie wherein the protagonists must fight their way through an almost hell-like environment while being pursued by greater numbers.
The heroes run, fight, fall and eventually escape in the nick of time.
The heroes kept moving forward even though there was no visible expectation for their success.

If this scene were used as a metaphor for 'faith' - would these be considered to be exhibiting the dreaded  'f'-word'?
Posted by uglyblackjohn at 2:29 PM 1 comment: 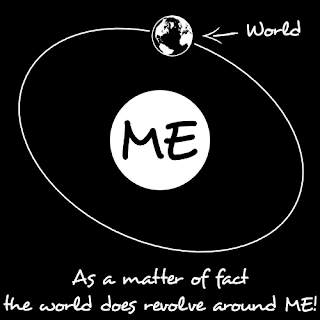 The thing about owning a nightclub is that everyone assumes that one always knows what's up.
Because we deal with self-important, drunk people - we always end up knowing what's up.
People love to talk about themselves - whether it's good or bad.

A well-funded rival club owner came in recently (at the behest of his new white-knight partner) in an attempt to imitate my practice of supporting other clubs and businesses.
Apparently, while hosting a benefit - we gave away more money in one night than their club made in a month.

Most clubs owners open nightclubs as a vanity project, as means to make themselves important in one way or another. Many sleep with their customers and/or employees. Many get drunk and party with their guests. Most of these lose money.
The thing that many club owners fail to understand is that the guest is important - we are not.

My club caters to a thirty-and-over crowd. Most of my patrons are fairly well established. (Although we do get our share of the ratchet among the ratchet.)
The club seems to be the place where other business owners, politicians and those with titles come to let loose. I see all the trysts, I hear all the back door deals and I seem to get the real scoop on subjects before they hit the news.
I serve my guests.

Yet I understand that what I hear I cannot repeat and what I see I cannot mention.
Sometimes I feel more the Merovingian from the Matrix movies than I do a regular old bartender.
It seems that every week I am asked to pose for the local newspapers or magazines, do a photo-op with someone running for office or getting shouts-out from radio personalities.
The attention others seem to be seeking seems to be that which only causes trouble in my life.

We have been doing quite well...
In fact, we have been doing so well that other clubs have; called the Fire Marshall, sent in hired goons to start fights, called the Health Department (even though we don't even sell food.) and any number of things in an effort to keep our business from growing.

We have done so well that other club owners call me on my off nights to bring an entourage in to their clubs in an effort to grow their business.
I show up but I don't take the free entry, free drinks or the dinners being sent over.
I pay for my guests to get into the clubs, buy my guests' drinks, and pay for any food ordered.
But while patrons seem to admire that fact that I am spending money at other clubs - other clubs owners grow to resent the act.

It's odd - by making myself the least and running from status - I seem to be gaining more and more status.
A recent newspaper article quoted me referring to myself as being the 'janitor' of the club. This reference brought in more praise from customers than anything else I spoke of.
Many of my nights are now sponsored by others wishing to be affiliated with us.
(It's odd... People now pay me money so that they can come into the club to spend money?)
By thinking of others and putting them first - I seem to draw more people to me who are willing to do things the way I want them to be done.
I don't accept favors for myself - I use them to help others. (Which in turn creates even more people who feel as though they owe me a favor.)

I still hate running nightclubs - I just seem to be good at it.
Posted by uglyblackjohn at 2:17 PM 4 comments: