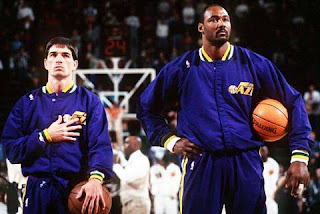 Like the Utah Jazz teams with Stockton and Malone, sometimes one can be better than most others but still fail to win.
This was not the fault of either man - they were the best they could possibly be, but even this was not good enough to ensure wins against better (and more lucky) teams.
(Push off on Bryon Russell anyone?)
These guys just happened to play during the reign of Micheal Jordan. 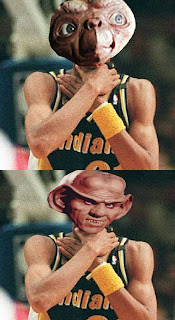 Sure, Reggie Miller (or E.T. or that guy from Star Trek - as some say he resembles) could torch the Knicks and irritate Spike Lee but he never won an NBA championship.
(I hated Reggie because he went to our crosstown rival in Riverside. And as for Russell - he used to hound my step-sister for dates back in high school in San Bernardino.)
Reggie could not overcome better opponents on his own.
Had he played for the Knicks and not against them, he may have had a ring or two. 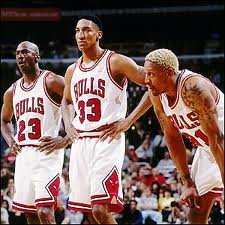 But a better example of someone taking advantage of an advantageous situation is Scottie Pippen.
Pippen was named as one of the best players in NBA history because Micheal Jordan made him appear to be so.
Would Scottie be a better business owner than basketball player?
Nope, the guy went through a reported $120 million since his playing days.
(Not everyone benefits from following the same model or path.) 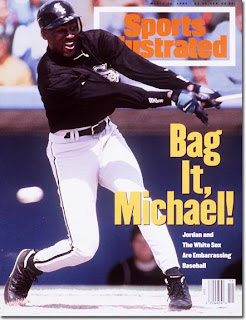 And just because someone excels in one arena that doesn't mean that he will excel in all others.
Posted by uglyblackjohn at 9:47 AM