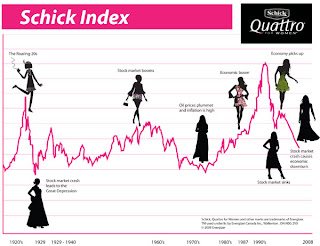 The "Hemline Theory" is often used as an indicator of our economic condition.
The maxim proposes that; as the market rises, so do hemlines. 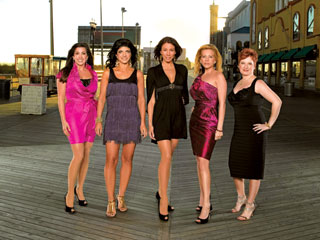 But maybe a better indication of how well (or poorly) our economy is doing could be the "Full Figure Theory".
The Real Housewives of New Jersey are a good example of this.
The stable, stay at home mothers seem to be fuller figured while the working women seem to look as though they are seeking the approval of an appearance-based corporate workplace.

Condoleezza Rice, Susan Rice, Michelle Obama, Tamron Hall, Halle Berry, ... all seem to fit within the aspirational corporate paradigm.
Each must come across as attractive enough to separate themselves from 'those other Blacks' (Think: The lead characters in the movie Precious.) in order to broaden their appeal.
Even Oprah and Whoopi Goldberg started out thinner.
It was only after they proved their worth that they became accepted for being what they are. 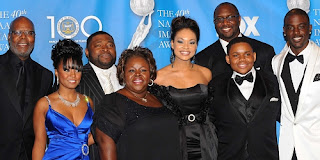 Even Black's use such imagery.
Tyler Perry's House of Payne is an example of this.
The thinner women work while the Big Mama stays at home. 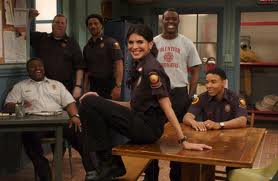 Even when incorporating Hispanics into the cast Mr Perry uses a thinner woman to represent a working woman..

I'm not entirely sure how the "Full Figure Theory" would work, as each culture determines it's own definition of 'success' - but maybe the fitness/fatness level of any given culture is a better indicator of it's cultural and financial status than any other.
Posted by uglyblackjohn at 3:33 PM

1) For starters, I happen to buy into the evidence that we humans went through a genetic bottleneck 70,000 years ago (The Toba supervolcano catastrophe). So, we are all predisposed to being fatties. Best way to carry food around during real hard times is on your hips, thighs, and bellies.
2) Butt fat is for the babies. Yeah, I know, we guys thought it was a kindness the ladies had done us, but no. that fat is exclusively for making the fatty cells in baby's brain.
3) It's only recently (and certainly only regionally) that we have managed to rid ourselves of our parasites. It's not something we like to think about, but it is the general condition of being human. Any woman that can keep the meat on the bones despite massive parasitic encumberment is my kind of woman. I want her to have my babies.

So, it all comes down to babies don't it? Women in domestic and nurturing work roles kind of are expected to be matronly. Those that pursue less traditional roles have some leeway.

Of course, there's also persistence hunting theory, which suggests that young women need to stay lean and mean as part of the pack.

At any rate, it's fun to speculate.

If the hemline theory works then Australia is going in to recession. Just last week I was rejoicing with a saleswoman because at long last lovely feminine clothes are reappearing in the shops that reach down to the knees.

@ JayKay -
1)Yeah, I believe that we are culled from time to time as well.

2)But generally speaking (as far phenotype), women from certain groups carry more fat in their breasts while others carry it in their hips.
The more desired by each group would seem to have a higher probability of reproduction.
The type of work a woman does will probably make her more or less desirable depending on her environment or economic condition.
Where manual labor is required, a more hearty woman would probably do well.
Where physical labor may be limited, a slimmer woman would probably do well.
IDK - But yeah, it has something to do with reproduction but it's odd how different races or cultures (and the different social levels within each) value different traits.

3) When Craig (CNu from Subrealism) chimes in from time to time, check out his spot.
He goes DEEP into such things.