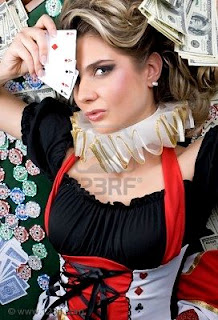 Things are not as bad as they seem - they are much worse.
Our current economic problem is not that we have lost wealth - it's only that we keep changing the rules on how we account for wealth.
Back in the day, kings and nobles owned property and transportation, had a way to earn money, and were able to take care of themselves in a self-sufficient manner.
Their wealth was not determined by stock prices but by what they could actually produce and maintain.
Our current economic system is based on debt and invisible money.
Think of yourself taking one thousand dollars to Las Vegas and buying one thousand dollars worth of chips and handing it to a banker to 'invest' for you.
To get the initial thousand dollars, you probably had to work.
This 'work' is your true value.
But then you traded your work for a representation of your worth in the form of gold.
But we don't trade in gold so you had to take a paper promise in dollars.
So far so good.
It's easier to carry around denominations in dollars than it is to break an ounce of gold down to trade-able amounts.
Now you decide to gamble.
You take the dollars which represent the gold which represents the value of what you know or what you do and trade them in for gaming chips.
These chips are worthless anywhere but the casino (or some parts of Vegas) but you are able to make bets with these.
Now let's say that the banker doubles your money.
His win came at the expense of another man's loss.
The man lost the value of his work.
Let's say that your banker friend keeps winning until there is no one left to play.
But you want more money and so does your banker.
Your banker creates a new game (in the form of a stack market) where others from other areas can come to wager that their group can make money just as well as you and your banker friend.
They create a market betting the value of your hard assets against theirs.
This goes on for a while until some people win and some people lose.
Fair enough, some gained the value of the work the work of others while others lost the value of their work.
But you lost.
And your banker is clever.
He creates new instruments (Mutual Funds, Bonds, Derivatives, etc.) which allow him to continue betting even without holding any real value.
You go along with this because you lost... well, your initial thousand dollars worth of work.
(But you think you lost millions of dollars worth of clay chips which had no real value unless you'd decided to cash them in while you were still ahead.)
He convinces others that the game is easy and that he has a winning record so they decide to back your gaming habit with the promise to give you the representation of their future work.
He gets back in he game betting millions with hard assets worth nothing but a promise.
He wins some and loses some but others notice that he is able to get a marker and play as though he really has the money to back up his play so they do the same.
This dilutes the value of play and creates more debt.
But people don't like debt so they sell their debt to other suckers.
People don't like being suckers so they sell their debt to even bigger suckers.
And these sell to even bigger, more educated, suckers.
After a while, people no longer know the real value of anything so the biggest suckers begin to trade among themselves while adding fees and interest to each bet the whole time to ensure that they can show a profit.
But then someone realizes that what is owned is no where near it's reported value.
They realize that the only way to add value is by selling these assets to people who still work and actually create value.
To those who still have true wealth.
This is where the educated sucker takes over.
He sells worthless representations of wealth to those who are under-educated but still creating wealth.
He sells his debt back to the real owners and adds fees and interest.
Being under-educated, the working man thinks that he is now moving up on the imagined social ladder and begins to bet even more with the promise to pay at some time in the future.
Now the sucker owns the man who created the wealth in the first place making the true owner into an even bigger sucker than himself. 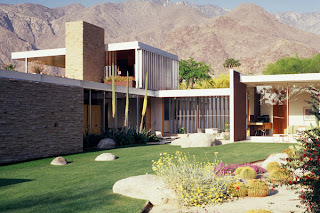 But it's not that hard.
Most people work to provide a place to stay for their families. 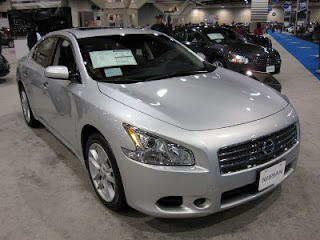 Most people buy cars to enable themselves to get from point "A" to point "B in the most efficacious and reliable manner.
But then the educated man (Well... 'educated' in acquisitive and aspirational Western thinking.)﻿ creates 'luxury'.
He notices that he can make money from the work of others if he can convince others that they want bigger and better brands.
Even though the working man has more wealth and a better lifestyle than those who were kings in times of old - the working man is ashamed of being a working man.
He imagines that a life of ease comes with real wealth.
While he was comfortable and wantless before - he now wishes to be even more comfortable and to want even less.
And he buys debt to do so.
He then jumps back into the game to become a slave to his debt master. 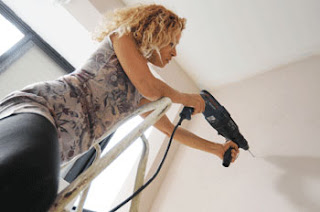 But this is folly.
Why pay someone when you can learn to build and repair on your own?
Why not learn a new skill and charge others for use of it? 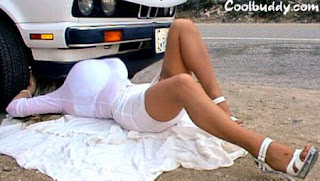 Why buy that which you cannot afford nor maintain?
Why are many involved in and worried about the Dow Jones when their money could be better spent adding value to themselves instead of going into debt while adding value to others?
Why do many always sell the worth of themselves for things which are ultimately worthless?
Posted by uglyblackjohn at 1:57 AM