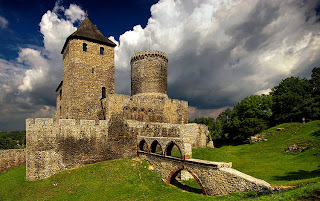 The easiest way to start a war is by placing a castle on the land of another.
Even if placed on conquered lands, these fortresses act as constant reminder of an occupying force being present and members of the real ruling class.
These structures not built for defence but they are more offensive and offensive to the residents of these areas.

The United States takes such castle building to a new extreme.
Not only do we have a military presence in lands we presume protect - we also have plans to expand our empire to areas which are resource rich and underexploited. 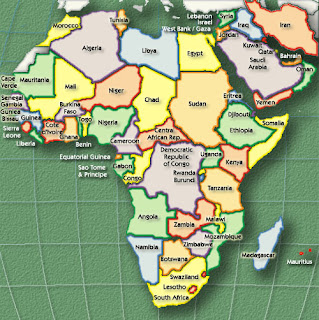 Did we have anything to do with the recent unrest in the Middle East?
No, not yet - it's too soon to act.
We would wait until we had bases in enough countries to surround and conquer any who would oppose that which is seen as being in our own best interests.
Our leaders are schooled well enough in the Art of War that they would not leave an area for retreat.
They would occupy outlying lands so that any opponent would think that capitulation is the best of every bad option.
Posted by uglyblackjohn at 3:02 AM