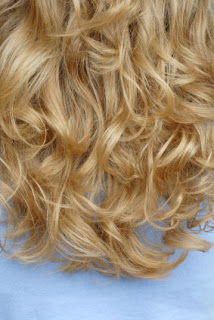 Sometimes I get a random long blonde strand of hair right in the middle of my forehead - where it comes from I don't know.
The New Girl discovered an even longer blonde strand on my back.
"WTF?", I thought.
How did I get a four inch long strand of blonde hair right in the middle of my back?
I hope it's not indicative of some type of illness or disease.

But that blonde discovery wasn't a big deal.
A few nights ago, I noticed a tall blonde woman walking away from a strip club located on the same street as a club I work.
The woman seemed upset and, being four in the morning, I knew something was wrong.
As I pulled alongside her, "I'm no perv, but do you need help?", I asked.
"YES, Thank You!", she said as she opened my car door.
Apparently she had gotten into an argument with her boss at her job at the strip club.
Her car had broken down on her way to work so she had arrived to work late.
"Where do you need to go?", I asked.
"Kountze." (A town about 30 miles away), she said.
"Kountze? You were going to walk 30 miles? In pumps?", I said.
But her mom was working the night shift at a Walmart only 15 miles away in the same direction.
I took her as far as the WalMart and went home.

But three days later I went outwith the new girl.
Everyone knows that any woman can spot a hair that is not her own from any distance less than three miles away.
As the New Girl pulled a lone strand of blonde hair from the passenger side head rest, "Where did this come from?", she asked.
I told her the story and all she had to say was, "Oh, Okay. I thought you had another blonde hair somewhere and it fell out.".
"That long?", I said.

But that was the end of the story.
When I asked if she believed the story as told, "Yeah... you'll help anyone who needs it.", she said.
Posted by uglyblackjohn at 7:16 PM

Maybe your inner Wookie or Ewok is coming out. You'll know when you get a long blond hair out your ass then it's time to get checked out.

@ FreeMan - I've gotten that lone blonde hair on my forhead since I was a kid.
I tried looking it up on the Internet to see what causes it but there is nothing.
But the sight of a four inch strand growing in the middle of my back was something I'd never seen.
The New Girl just says, "That's the white in you coming out.".

@ Deserflower - Nah... not grey.
I've had one on my forehead and sometimes one on my arm. I'm not worrried about grey hair, it's better than going bald.