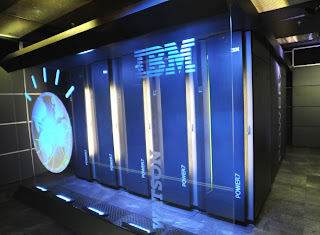 It seems that people 'know' more but they understand less.
Sure, Watson could beat Ken Jennings and that other guy in a game of Jeopardy - but how much does Watson really know? 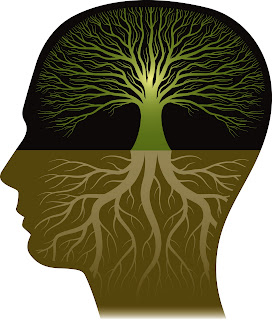 Watson has a broad base of accepted facts to draw upon - but does it actually understand the answers it gives?

This is a question concerning many children (and adults) today.
Sure, many of the brightest can recite lists of accepted facts - but do they still have the understanding of those who came a generation earlier?
Is there any depth (or even to ability to posses such depth) to their knowledge?
Did Teaching to the Test just create machines which follow memes without question?
Has the ability to Google been used as a form of mental steroids which falsely inflates the mass of ones learning?

If many alive today have been conditioned to accept any new 'fact' as being true without question - just because it appears in print - who will transfer real knowledge to those from future generations?
Posted by uglyblackjohn at 8:03 PM

School learning has focused on logical reasoning ,mathematical skills etc. But the latest information is that emotional IQ, or the ability to perceive and assess life situations are a much greater indicator of a persons success at and in life. This emotional IQ is specifically what has been drummed out of children in schools.

Sure, many of the brightest can recite lists of accepted facts - but do they still have the understanding of those who came a generation earlier?
Is there any depth (or even to ability to posses such depth) to their knowledge?

kicked it with the old nerds again last night. they comfortable with a brotha to the point of getting it and laughing when I tease them about the makers fairs and robotics competitions as being "Soul Train" for nerds.

we got to talking about fab-labs , and some of the schools with nice setups and how folk in the community could go about getting access etc...,

what the necessary components of economic development are/would be and how we could possibly break down vertical access silos and barriers to entry so that more folk could know about and make use of these facilities.

who will transfer real knowledge to those from future generations?

I say all this to say one thing mang, if you and I are not actively engaged with folks at various strata of knowledge and understanding in our own respective communities - these knowledge transfers simply will not happen.

I don't think the crucial importance of outreach, bridge-building, and facilitating non-corporate, grassroots bricka and mortar social networking activity can be overstated.

The answer is GOOGLE, as they will transfer knowledge. Since we are all under the one GOD of GOOGLE the need for individual dissemination to the masses is somewhat useless.

Now don't get this twisted most lawyers use old cases as precedence to prove their cases and their GOOGLE is Lexis Nexis.

Just like rap used to be a bunch of different people from their hoods now it resembles one universal rapper that sounds the same but from a different area.

It's a easier way to rule by having everyone research go back to the same ONE GOD to find the answer. So the so called smart reinforce the same thing and are only smart because they are better mental retention slaves than the rest of us.

@ desertflower - Would that be "faith" or "intuition"?
Are these exchanged for mechanical repitition?

@ SeeNew - Without this transfer of REAL knowledge will the erudite become the elite or will they be dormant seeds saved for a future generation?
With all the talk about an illuminati - is this what occurs when knowledge is no longer learned by the masses?
Or is there a more humble store of knowledge
reserved for future generations who will not abuse it?

@ FreeMan - Which is the whole point of this post. Most people have 'functioning knowledge' and follow themes, memes, temes,... - but few can actually figure things out anymore.
Most people just do what they are told by their chosen leaders (who may not even have any knowledge themselves).

Without this transfer of REAL knowledge will the erudite become the elite or will they be dormant seeds saved for a future generation?
With all the talk about an illuminati - is this what occurs when knowledge is no longer learned by the masses?
Or is there a more humble store of knowledge
reserved for future generations who will not abuse it?

This has happened many times previously.

Smart people are capable of doing nuclear physics given the right access to information and resources.

"This has happened many times previously."
So it would seem.
Just looking at ancient architecture and the rise and fall of cultures, we seem to have forgotten a lot from the past.