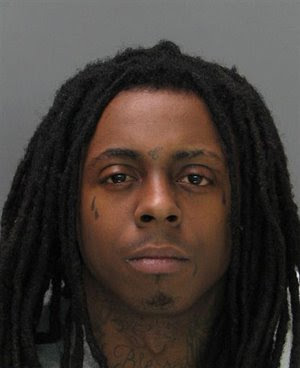 So Weezy wants to be a Rock Star (No, not as in a "crackhead").
And Kanye releases an album that sounds like Phil Collins or Genesis and looks like a Grace Jones video.
Black Rock is nothing new.
Most would even say that Black Rock is the original rock.
Run DMC called themselves the "Kings of Rock" - not rap.
LL Cool J wanted to "Rock the Bells".
Hip-Hop (like punk) is just the illegitimate child of Rock. 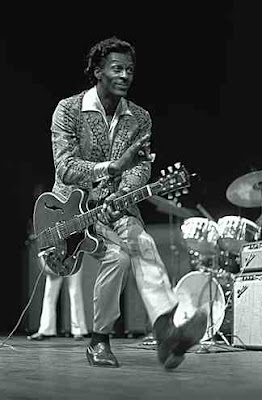 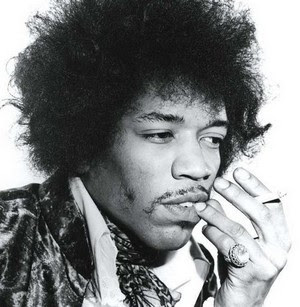 Hendrix was experienced as "The Rocker". 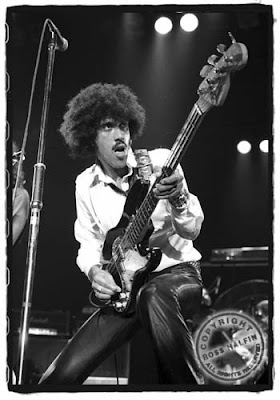 Thin Lizzy ("The Boys Are Back In Town") had a brotha'. 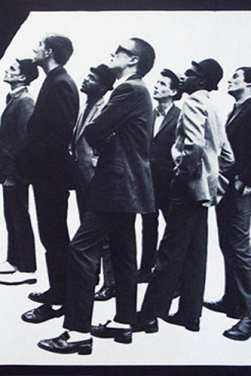 The Specials (Widely credited for their song "Free Nelson Mandela" getting Nelson Mandela freed.) even started a movement called Two-Tone that included both Black and white members.

The Two-Tone movement was in answer to the Rockabilly (Teds) and Punks (Skinheads) who were more racist in there choices of music. 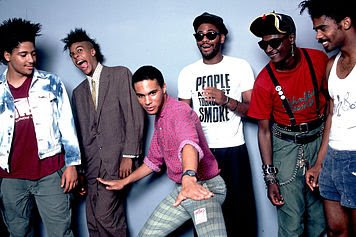 L.A.'s Fishbone had a mix of Ska, Punk, Rock and Funk (Kind of a Black version of the Red Hot Chili Peppers). 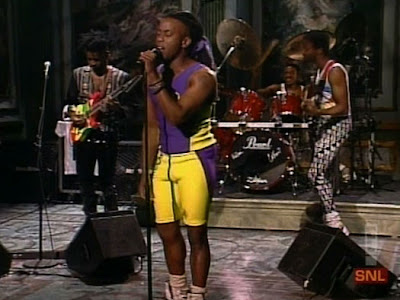 Even in spandex, In Living Color had a few hits in the late eighties. 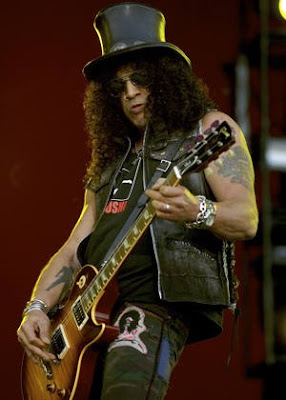 Slash is the only credible member of Guns-n-Roses. 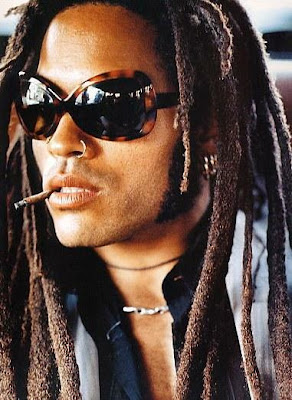 Lenny pulled Denise Huxtable - so I gotta' give him his big ups. 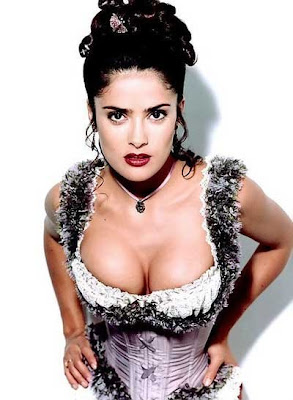 And no one can leave "His Purple Badness" (Okay, so it's Salma Hayek - But I had to post this shot.) Prince from any rock list.

So Lil' Wayne and Kanye are just being what they intended be.
Rock Stars.
Posted by uglyblackjohn at 2:56 AM

LOL! @ that pic of In living Color in Spandex, why oh why did we ever think spandex as clothes to wear in public was a good idea?

How many people knew Slash was a POC ten years ago, then again how many black people can sing a G&R song?

True story... I'm bowling with my in laws and space out listening to some rock music on the PA, lets say it was Hootie and the Blowfish just for kicks. Sister in law makes a scrunchy face and says, "why they playin this music when they know there aint a white person in this place." My wife and I look at each other and chuckle. I think yeah, they should be playing some John Coltraine.

It was all Black music. Good post John. Now I have to go and listen to Mos Def's classic CD "Black On Both Sides". My favorite track IS "Rock-n-Roll".

Rap is too limiting anyway so they had to chase the big dough and make it a Rock Movement! Even Jay-Z calls himself a rock start. I think it helps sells to be called a rock start internationally cuz some people don't know what the hell rap is about. You put rap to live music and they'll just accept it. Ish Jay-Z even did a full rock version of his Blueprint album I believe.

It's just that crossover major market smoking in Amsterdam and rocking in Jersalum money they are after. I can't knock the hustle though.

@ RiPPa - The old school DJs would play and scratch rock songs - not disco.
Even Aerosmith's Steve Tyler commented a decade ago that Rap has taken over the charts in large part because it IS true Rock and Roll - with the Rock mentality of getting high, getting laid and wasting money.

@ FreeMan - Huh?
Have you seen the rappers from around the world?
Most of the world's youth value what's in in America.

Rap is like basketball or soccer - not as economicaly dependent on equiptment.
All one needs to be a rapper is a beat - no guitar, drums or bass.

UBJ you might be right that it's a low buy in but the big money is in acting like a rock star. People are into it but whose buying it? The low buy in makes a lot of damn good bball players but the cats who fill the stands are a whole different race!

Most of the world's youth value what's in in America.

Jay-Z's all rock album sucked musically... and not in a Sex Pistols punk kind of sucking. It was gimmicky. Like American Idol.
Rock and Rap both rely on a level of authenticity. Contrived acts are fine for pop, that suff is all marketing, but real rock may include contrived presentation (Kiss) but the music must be real.
OZZY was an act but Ironman and Crazy Train are great songs. Axle Rose may be a looser but Paradise City and Welcome to the Jungle are rock.
Ac/Dc never tried to rap, that wasn't thier thing.
Now Andre 3000 is closer to a rock star than all those other Hip Hop rooted folks ya'll mentioned. He started to sing and branch out because he wanted to make the music, not tap a bigger market.
Ceelo went from a great Rapper to 1/2 of Gnarls Barkley but the key is his music is good... its actually MUSIC.
Jay-Z is a reat rapper. Blondie's rap was the worst one I have ever heard. Calling yourself something doesnt make you that thing, otherwise i would be King of the World.

this doesnt mean artists can't mix genres; 311, Chilli Peppers, Beasties, Guru's Jazzmataz, Brand New Heavy's "Heavy Rhyme Experience", and any of a million songs by an artist who has a duet with another from a different stream (Erosmith/DMC, Paul SImon/Ladysmith, Kanye/that Maroon 5 guy, any hip hop act/Coldplay, John Legend/Andre, MAriah Carey/Mase....did I just type that last one?)

Black John,
You have got to go to You Tube and See Electric Purgutory the fate of the Black Rocker.
It's soo great!
Jaycee

@ FreeMan - But we gotta' remember to own the team - not just be an employee.
That way, who cares who's buying the sky boxes.

@ SeeNew - Both;
Products are marketed as being "cool"
Music, sport and anything seen as "cool' is marketed as a product.

@ I'd have to say that Kanye, Pherrel, Timbaland or any producer who grew up Pre-Billy Jean MTV were influenced by rock.
It was all that was shown.

Just as now - the next wave of Rockers (i.e. Linkin Park) will be influenced by the heavy rotation of Rap.

@ Jaycee - Anyone who went to a school district (Isn't it LBP?) that can have Snoop and Tiffany Amber Theissen in the same school - Or Snoop and Cameran Diaz at the same school HAS to see some overlap of culture.
I'll look that reference up - Thanks.