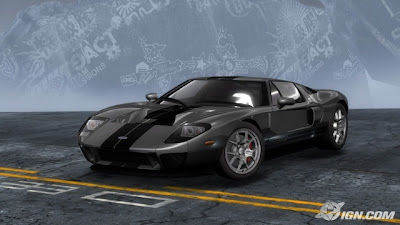 It seems that I'm always playing some sort of video game against most of my young cousins.
The game that enabled me to teach them a quick lesson on life is any of the Need For Speed racing games.

Money is earned after winning races.
After each race, my cousins would always spend this money on rims, paint jobs and tinted windows.
But they could never finish the game.
Their cars looked nice - but they lacked the speed and control to enable them to compete against the tougher competition in the more difficult races.
I would always buy tires, shocks, engines and then nitro.
My cars looked jacked-up but they were easy to control and fast.

When my cousins learned this secret - they immediately re-raced the older races (only getting a fraction of the money won in one's initial attempt) and started adding to their car's speed.
Their cars now looked nice and had a lot of speed.
But they would still lose races.
They had the speed and the looks - but they lacked control.
They would always crash into obstacles.
And lose races.
Posted by uglyblackjohn at 11:32 PM

Left you a little something...

;) and they learned a lesson in classic UBJ style ;)

oh i love video games especially car racing ones. Unfortunately my brother and his friends always teach me too many lessons but like terminator I am always like "I'll be back!"

@ RunningMom - Yeah... they wouldn't get it if I were just to tell them that they need to focus on performance first and that the rewards would be more and longer lasting.

@ Tairebabs - Most of these stories are allegorical.

It's hard to get showing off out of the system of the youngsters but it's using their own game. I'm sure like my nephew they think you can't play their games. I always name myself the Humbler on his games and he went and looked up Humble the other day. He asked me was that because I don't say much and I said No it's because I'll make you shutup.

Too bad these kids don't know these video games came out when I was a kid. The whole concept is basically the same just with better graphics. You should have gotten them on Pole Position and killed them! LOL