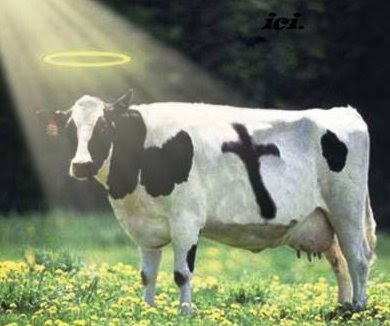 Between the Biblical verses Revelation 9:15 and 9:18 - we can expect the world to die back to a more manageable one third of it's current population.

But in this "culling of the herd" - who will live?

Old people are being kept alive by more and more advanced drug programs and medical practices.
What would have killed the elderly a few generations ago, now can be treated with the next new creation from any one of the many pharmaceutical firms.
There was once a time; when someone could no longer produce - they were just set adrift on a barge to be received by the gods of the next life.
While this practice seems harsh - it eliminated the need for a social security program.
It kept the resources (money, food, shelter and clothing) flowing to those who could actually utilized them.
It kept the jobs for those who could still do them.
It kept the population at a more manageable level.

The poor are being paid to stay poor.
Forty thousand dollars annually in benefits (housing, medi-care, food stamps, other programs) to a non-working under-educated person vs. about ten thousand dollars annually (before taxes) in wages for a person making seven dollars an hour.
Which model makes more short term sense?
Poverty used to be so uncomfortable that the poor would hope to die to a better life in Heaven.
Or they would work in order to escape it.
These days - poverty seems like a favorable option.
Poverty in America is subsidized to the point of offering a
"retirement" plan.

The "Retirement Plan" (Jail/Prison) is so entrenched in our economy that we couldn't use all of the labor available if we ever decided to release all of non-violent offenders.
Q; What would America do with twice as many free males of color?
A; It doesn't know. Prison is just a storage area for these people.

Disease effects the poor and minorities worse.
Why? Genetics?
Or experimentation in an effort to cut back on some the overpopulation?

Dumb people used to die from accidents.
We now regulate to the point of keeping the foolish around a bit longer.
Let dumb people; do Heroin, not wear helmets or seat belts, or engage in unsafe sex.
The dumb will die off,
As will the old,
As will the sick,
As will the poor.

Maybe we're just going through a cyclical culling of the human herd.
Maybe the Earth is just making a correction of the arrogance of mankind.
Maybe the past ten years were just an anomaly - and we were never meant to have the poor, dumb, elderly and ill live so long.
Posted by uglyblackjohn at 2:41 PM

you go talking like this in public mayne, next thing you know, people will start calling you a malthusian too.

the population explosion is directly proportional to the global availability of cheap energy, and in particular, the industrial scale inputs available to drive unsustainable modern agriculture.

throw in a pandemic, coastal flooding from melted arctic sea ice, a regional nuclear war in south central asia, and voila, 2/3rds will go poof in less than two generations.

have you taken a look at the recovery that's taken place in the aftermath of chernobyl? very interesting how that region did and did not bounce back after the worst nuclear accident of the 20th century. very instructive.

Q; What would America do with twice as many free males of color?

I might have a husband by now...Or someone might have invented a renewable energy source, or a way to recycle products without harming the environment more. Some of the smartest people in the world are in jail not because they were dumb, but because they used their brains for illegal activity instead of putting them to better use.

I have a fondness for cute old men and women UBJ, please don't kill them off! lol

Man you preempted one of my posts where I was going to talk about full employment. I agree what do you do with all these able bodied people. Would we have riots like in some European countries? Would we just start a war for the hell of it and enroll all the employed men in it? Would we lapse on our safety regulations so more ignorant people will shoot themselves with paperclip guns?

Medicine is the core of the problem and the solution. Heart attacks used to kill people now people survive them and get a triple bypass. To me that's the reason for the population boom. Heart Disease being somewhat cured is the reason why people are dying off suddenly at 50. So there you go kill all the doctors who do triple bypasses and the numbers will come back to normal. Oh yeah and stop replacing parts like kidneys and livers.

Extra: Prostates being cut out that might be population control mistake number 2.

I don't think "we" should do anything with all these extra free people. Let "them" do as they will.

I need more convicing on this overpopulation thing. Sure we missmanage this place, but that is simple managerial ineptitude, not unsustainable population. Then again I think this planet is here for people to use so I would never advocate sacrificing people on the Earth's behalf. Some of my favorite people are the stupid ones.

World War III is going to solve the "shortage of energy and longage of people" crisis in fairly short order.

What happens when one of the most powerful states in the US, with an
economy bigger than many western nations, can't pay its bills?

I would suggest that economic chaos ensues. Either the state defaults on loans or so large a chunk of the civil service gets laid off, that everything starts to grind to a halt.

Either way the money dries up. Business dries up. Jobs dry up.

The problems at GM, AIG and the other Wall street banks and investment houses suddenly becomes peanuts in comparison.

And here's the kicker.

California is not alone. There are at least another half a dozen states that are near the brink.

If one topples, can the others be far behind?

@ SeeNew - Again, I'm just looking for the connection between religion and science.
All those Biblical stories have to be based on something (some lost but enduring knowledge).
It would seem that the collapse of societies is cyclical - so being "Prophetic" is really just telling the secret to the cycle.

@ RunningMom - Ah ha ha ha ha...
"Might have a husband..."
I'm not saying to kill people - but to just let the weakest links break.

@ brohammas - I'm a 'people first' kind of guy.
What I'm saying is that the Earth may be somehow making a correction - like a person getting rid of a virus.

I'm intrigued by the notion of the Earth correcting itself and humanity being a virus. In that vein,aren't we just fulfilling our role (humanity that is) as said virus, in (over)populating the Earth and making the planet ill.

If the human body has taught us anything, we know that we will either be destroyed in the Earth's ruin (unless we go airborn i.e. space colonies and such); or the Earth's immune system will kick in (if it hasn't already) and cut us down to manageable numbers (as you were alluding to earlier in your post).

But then...maybe we aren't a virus. Maybe we are a cancer (a case of good cells going bad)!

@ NoFace - Yeah... a Cancer would be a better descriptive.
THAT's why I had to put you on my list of favorie bloggers

Cancer is a good way to describe it. My own personal goal to turn humanity into a benign tumor. Maybe not fully accomplish that, but put some work in toward that goal.
But anyway, overpopulation is not nearly as much of a problem as some people think it is. Fifty years ago biologists thought that we would be dead by now, if not by neuclear war but by overpopulation. Population figures have already reached the projections from that era, but the percentage of people around the world starving is lower than it's ever been, and the average world lifespan is amazingly high (76. Pretty damn high, all things considered)