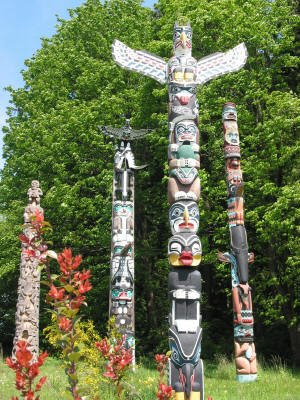 An affluent Hispanic with no accent and the name "Mike Jones" would be seen as white.
His place on the totem pole would be as high or low as he could assimilate the norms of that particular pole (different poles have different standards).

An affluent Asian with no discernible accent and also named "Mike Jones" would be seen as Asian.
His place on most totem poles would be capped by the social norms of that pole as well as his perceived race.

An affluent Black guy who speaks in perfect SAE and also named "Mike Jones" would be assumed as aspirational (or bourgeoisie) or someone pretending to be white.
His place on the totem pole would be capped by the expectations of (and by) his race.

Here in a small town in the South - Mexicans are the low man.
The town is 49% Black and 48% white.
The dynamics still suggest a "whites as superior" mindset (almost regardless of socio-economic classification).
Then the better off Blacks,
Then the better off Hispanics,
Then the other Blacks,
Then the other Hispanics,
And the low man is the white guy who hangs out with Blacks.
Everyone knows that the bottom guy is the one being fucked.

My question is;
Who owns your pole?
And who decides who gets to be on top?
Posted by uglyblackjohn at 11:30 PM

Funny you mention this.
When she first moved West my wife and I argued over who was the lowest on the totem in America. I said Mexicans, she said black women. After a year working in social services she relented and handed me the win... not as the top of the pole but as the one who won the argument.

@ brohammas - Yeah but Mexians can assimilate easier at a certain level.
Until recently; Raquel Welch, Cameron Diaz or Christina Agulera would be seen as more mainstream than Pam Grier, Halle Berry or Beyonce.
And none (save Beyonce) would be seen at the same level as Marylin Monroe, Angelina Joile or Britney Spears.
Everyone else kinda' gets caught up in societies expectations.

you are right, but you are looking at the top rung these groups can occupy, which is not the same as who occupies the lowest rung.
Who does EVERYONE look down on?
Color.
Economics.
Nationality.
Language.
Education.
Mortality rate....
and on
and on

@ brohammas - Until they (We) started owning casinos...
I'd have to say Native Americans hold the bottom man position.

But then again - maybe the whole Mestizo v. EuroMex thing king of plays a role.

OK, I was about to hand you the win with that one but then after some thought, American Indians do kind of hold a "cool card" that Mexicans don't.

If I had a dollar for every redneck who told me all about how he is 1/8th Cherokee I wouldnt be job hunting right now....
I might still be blogging at almost3am though.

Whomever creates the pole in the first place determines the order. So if you are in a all Black community in LA then Mexicans might be higher than the Asians or the whites because we have closer ties and they grew up right next to us. Now in a place like Texas mexicans might fall lower on the scale. It really comes down to whom the pole setter feels the most comfortable with. So if it's determined by whites the Cuban who happens to look white aka Ricky Ricardo is accepted even with his funny accent.

So you want to be the first to set the pole because that's who sets the rules.