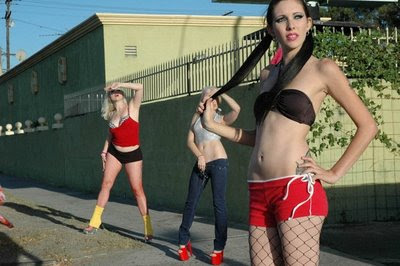 If you want to make $1000 a week in tax free cash - Just get a pair of knee pads and a couple of folding chairs and offer phalacio at ten dollars a head at the local truck stop.
Sure, just let Bubba rest his sweaty beer belly on the top of your head and have at it.
If you're a guy, you could probably charge more.

No, it won't end up like Julia Robert's character in Pretty Woman - but you're not Julia Roberts.
You need to make money - not just act like you need to make money.
So the problem isn't that there are no jobs - the problem is that there are no jobs that people want to do.
But that's why it's called work.
That's why you are being paid.
That's why they don't pay people to masturbate, or to sit on the couch eating bon-bons while watching the judge shows all day, or to get drunk or get high - unless you're on the public dole. 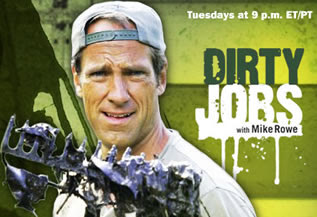 Ours is not really a lack of jobs issue - it's a lack of desirable jobs issue.
Who knows - maybe we'll be able to get good service at a fast food restaurant or gas station at some time in the near future.
But this is nothing new - even the guy in Luke had the same problem.
Posted by uglyblackjohn at 10:04 PM

I know of a few teenagers that are having a hard time finding summer jobs because adults that are laid off are taking them. I would do most anything legal and non-hazardous to earn a wage if I were without a job. I've had 3 jobs before, I can do it again.

@ RunningMom - And things may get even worse.
A kid with a lawn mower, paper boys and baby sitters have been replaced by adults who provide Lawn Services, Paper Carriers and Day Care.

Well it's time to be entrepenuers. Out of work Fathers can teach thier sons and daughters how to mow a lawn or deliver a paper at 4 in the morning. We may be better for it. Maybe
Jaycee