The Wisdom of the Surfer 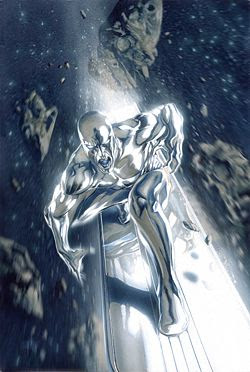 I've always hated school.
Getting good grades was easy, I didn't even have to learn anything.
My sixth grade teacher was a big believer in personal responsibility. At the beginning of each year, we would be given contracts of what we were to learn by the end of the year.
I was lazy. At the beginning of the year, I spent about a month doing all of the required work for the coming year - only handing it in when it was due.
If we finished our work early, we were given free-study. During this time, the teacher would engage us in discussions which we couldn't win. On one occasion, the topic was ownership. His argument was that as children - we owned nothing. I stated that I owned my clothes and toys. He stated that my parents had bought them so they owned them. I told him that I had bought some of them. He stated that my parents had given me the money so they still owned them. We went back and forth. I stated that I owned myself. His retort ; It was illegal for me to kill myself so my parents and the government owned me. I asked him if he owned his car. Yes, he replied. Well ...you can't drive too fast and you need a licence so the government owns it. I had seen a news story about arson so I told him that he couldn't burn his house down without getting in trouble so he didn't own that.
"Go read a book", he said.
"I'm smart", I said. He said something like, "No, you're intelligent. Smart is the application of intelligence".
He always had to have the last word.
My "book' of choice was a comic book. I'm no fan boy so I hated most comic books.
But The Silver Surfer was different.
The Surfer was wise. The Surfer wasn't a beotch. ( http://en.wikiquote.org/wiki/Silver_Surfer )
Silver Surfer #1 - "In every part of the globe it is the same! Hatred, fear and unreasoning hostility have possessed men's hearts. But the Silver Surfer will have no part of it!"
Maybe it was time for me to leave the hood behind.
SS # 3 - "Again, you substitute force for understanding. Again, you would destroy that which you cannot understand... From the cradle to grave - your lives are rooted in senseless violence. Since power is your god - I'll show you power - such as you have never known."
Kind of sounds like a scene from Gladiator or Braveheart.
SS # 3 -"If die I must - let it be as I have lived - soaring swift and silent - striving for the right - no matter the cost!"
Kind of sounds like an MLK speech.
Maybe it was the influence of the Surfer that I remember whenever I say I'm through helping the hood but return to help again anyway. Maybe it's why I sit in roach infested houses, acting as if nothing is wrong, just because these old people just need the company. When I wrote that I wasn't collecting rent from my tenants, it didn't mean that I evicted them. They can stay there forever for free. I just wasn't going to help them run errands and visit them anymore. I wasn't going to make anymore repairs. (Later I found out that some of the elderly were having me make repairs just for the company.) One lady just offered to pay her rent again if I would come by to visit like I used to. 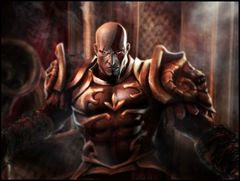 I'd tried to relate my affinity for the Surfer to one of my young cousins. But The Surfer wasn't his man.

His man was Kratos from the God of War video game. I'd taken him to see 300 so he understood the severity of the Spartan creed. He was studying mythology at school so he could relate to the characters.

This cousin has a useless mother and an unknown father.
He's been from foster homes to homelessness and was on the verge of giving up and giving in to the streets.
I'm strict with him and he loves it.
His Spartaness (and that I had earlier told him the story of Ronny Lott cutting off the tip of his finger in order to not miss playing any more football games) caused him to cut off his cast and return to playing for the football team because he didn't want to appear to me as weak.
This kid walked to my house, through the rain, for five miles - because his mother had hit him. (I just took him back home and explained that he didn't have to respect his mother but he did have to treat her with respect.) This is the kid who tells me that he likes working (whenever we make repairs to his family member's homes or cars) because it makes him feel like a man. Most people would write this bad little fourteen year old niglet off. Most would hide there purses or lock their doors.
But this kid is good.
I often explain to him that it's hard to be good - but it's going to hurt to be great.
He tells me that he's up to it.
I just hope that I'm not teaching him to work for goals that he can never accomplish. (As his family members tell him.)
Posted by uglyblackjohn at 2:54 AM

The kid you're describing sounds just like the kids I work with (and teach). He needs you in his life more than anything because - more than likely - he's not going to get any positive attention from anybody else. Not parents, not teachers, certainly not cops.

So I admire what you're doing - because when school is over and the kids go home and I go somewhere else, it's the folks that spend the time you do that are going to make the real difference (one way or the other).