What I Hate About Christmas 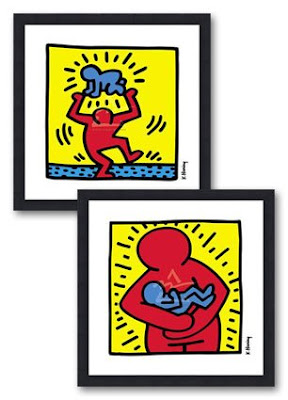 Don't get me wrong... I actually enjoy Christmas.
I live in a neighborhood were everyone has a nice display of lights - only this year it seems a little more subdued.
Tuesday is the night where the families from the neighborhood go caroling. We were given a gift by our neighborhood association with a card giving us the details. Apparently we are to have candy or cookies ready for the carolers. It's nice this time of year. I get to meet new neighbors and talk to others whom I haven't spoken to since last year's caroling. (I can't sing at all - so I don't go. I got asked to just hum in the children's choir when I was a kid.)
But all the festivities aside - there ARE a few things that I hate about Christmas.
1) We Are The World
I know... it was for a good cause.
But twenty five years later and the children of those the song was meant to help are now the ones starving.
I did like the British Feed The World. I remember being excited to see Jody Whatley in the video. I just thought it was a better song.
Oh... and Christmas Wrapping by the Waitresses. Quirky, but I like that Christmas song.

2) Secret Santa
Some cheap person always pulled my name. I don't mind broke, I can deal with broke (But if you're broke, you probably shouldn't be participating.). But I hate cheap.
I was so fed up at one job that I asked a group of fifteen or sixteen of my friends if they wanted to just have our own Secret Santa gift exchange. Our limit was $100 but everyone spent a lot more. The more snob appeal, the better. We had a separate party and exchanged the gifts there (as not to hurt the feelings of those who weren't invited).
This year, one group of my family members have decided to pull names for the adults.
I know that I'm going to be disappointed.
I never open gifts until I get home. I hate pretending to like something that is "just like" what I actually asked for.

3) The New Cartoons or Movies.
I was tired last week. The cold weather caused my main water line to burst. So for a week, I had no water.
As I was leaving one night, I caught A Charley Brown Christmas on television.
A "Charley Brown Christmas Tree"? Everyone knows that that is not a tree one would want.
But what I never really noticed was that Linus gave a little soliloquy about the meaning of Christmas - Jesus and all.
I was in a hurry but watched the whole show. When I was walking out to leave, the city truck was cleaning up the mess from having replaced my water meter. At eight o'clock at night?
Just when I'm ready to give up having any faith, Charley Brown saves the day.
And "Ralphie". "You'll shoot your eye out", damn... that still cracks me up.
4) Happy Holidays
It's okay, you can wish me a Happy Hanukkah. You can wish me a Merry Christmas. I even know to respond; "wa-laikum as-Salam" to the customary "as-Salam Alaikim".
Please don't give me the generic "Happy Holidays".
The reason that the Linus story stuck out so much this year is that schools and cities now have "Holiday Pageants". Christmas vacation is now winter break.
When did it become illegal to be a Christian?

5) It Starts Too Early
Okay, the day after Thanksgiving is fine.
Halloween is pushing it.
This year some stores had decorations up before school started.
Christmas in September?
But I'm no Scrooge.
I actually enjoy Christmas.
Posted by uglyblackjohn at 12:40 AM

Haha! Excellent! It seems as if we dislike the same things. My Secret Santa. My arse.

I took my son to the barbershop yesterday and there were two little boys in the chair next to me waiting for their dad. The 6 year old struck up a conversation with me, so I asked him if he was ready for Christmas.

He said "we don't celebrate Christmas and I'm not on Christmas break" (lol) I said, oh, ok, what do you celebrate? He said, I celebrate Jahovah.

I didn't know how to respond other than to tell him that my sister-in-law used to celebrate Jehovia. He said "but she doesn't any more?" I said no, she doesn't. And then changed the subject.

@ AA - Arse? Oh, yeah... you're Anglo-Afrikan.
But I DO really enjoy Christmas. Just not these things.

@ RunningMom - Such a shame that everyone wants only their brand of Christmas.

Our Secret Santa had a $5.00 limit this year. You would have really hated that. Christmas is the worst holiday ever...Spring hurry up and get here....