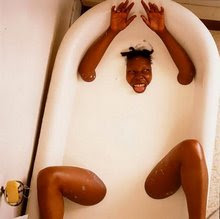 Siditty (Angry and Black Since 1976) ( http://siditty.blogspot.com/ ) is my second. Wow, I guess I'm no longer a blogging virgin. I've just been given A Brillante Weblog Award from the young Ms (Is this a joke or is there an "I" missing?).

The young lady speaks from the perspective of a Black woman who happened to marry a white man. Or a Black opinion on suburbia, politics, relations, ....
In turn, I must pass the award on to seven other bloggers. Most of the bloggers I'll list are beyond this type of web award (but are worth looking at anyway). 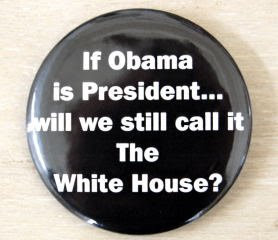 Conservative Black Woman ( http://conservativeblkwoman.blogspot.com/ ) is someone that most other Blacks would find offensive. IMO - Most Blacks are conservative - they're just not Republican. As a FOC (Friend Of Cobb) her opinions seem to be more right than left. But who wants to read the same opinions written by different people anyway?

Ed Dunn, over at Dream and Hustle ( http://dreamandhustle.com/ ), writes about going from start-up to major-player (and everything in between). This MochaSpot CEO gives advice and even answers my simple questions.

If you scored below 1500 on the old SATs, chances are you'll need a dictionary AND thesaurus to follow the flow at cnulan's Subrealism ( http://subrealism.blogspot.com/ ). But the site is didactic without being pedantic or sumpsimus.

The Angry African at Angry African On The Loose ( http://angryafrican.net/ ) offers an Anglo-African point of view on life, politics and social issues.

Okay Freeman, I know that the comparison was in sports. But we have to use a Sun Tzu philosophy in all things (politics included).
FreeMan at Free Man Press ( http://freemanpress.wordpress.com/ ) offers the point of view of an aspirational professional who came from the life that most others only read about.

Sheila at Black Tennis Pros ( http://blacktennispros.blogspot.com/ ) focuses on tennis. But she is not afraid to opine on weightier issues. Black Tennis Pros...who knew that there were so many?

Aby Rad seems like a little Muslim woman from Malaysia who has an eye for the strange. Aby RAd's Blog ( http://abyrad.blogspot.com/ )focuses on things that make you say "WTF?". After all, life's too short to be so serious about everything.
Posted by uglyblackjohn at 9:47 PM

Why thank you sir. Do I now need to wisen up myself on this award and pick 7 others to pass it on?

congrats to u and all the nominees

And congratulations to all of the others that you selected.

I'm so late on this, too much winter vacation.

Thank you so much for including me in those who you chose to share this award with. It's always a pleasure.

abyyyyyyyy i luve u babey huhuhuhu.. listening radio at http://semanbudakbaik.blogspot.com/