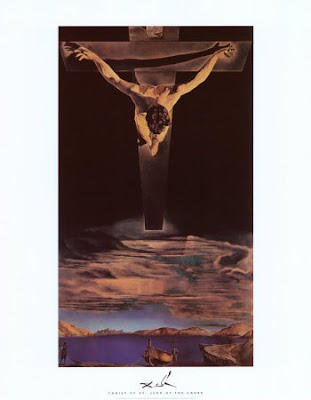 Merry Christmas!
If you took the time to read any of the SENG report that I linked to on my "Too Smart" post - you may have noticed that the Biblical account of Jesus sounds like he shares the same traits as many hyper-intelligent guys.

If Sampson were alive today, he would be on Prozac to control his mood swings.
Mary and Joseph would be on the Maury Povich show.
The Disciples would have their homes raided by ATF and their children taken away.
The US would be bombing most of the Old Testament kingdoms.
The Prophets would be called bigots.
And someone pretending to be Jesus would have a multi-million dollar congregation and a television show.

It amazes me when I hear so many spiritual all-stars always telling me what God told them personally.
Really?
Read the Bible.
"And God said to Abram (or Abraham)" is only mentioned about twelve times... over a period of about 150 years!
These new ministers must be really important for God to tell them something that often.

All the pomp and tradition aside - I hope you had a Merry Christmas.
Posted by uglyblackjohn at 10:54 PM

Much obliged for stopping by and spreading a little Christmas cheer. I hope yours was good and "memorable" :>).

You know UBJ, if you listen you can hear God speaking to you too. He's not just available to the uber-evangelists.

Why, I can hear Him now telling me to send you my address so you can regift that $100 gift you received in the gift exchange (smile).

What, you don't believe??

I have heard the voice... just a few times in my life. But unlike some ministers, I'm wary of telling others about my experiences.

I think everyone has had these experiences whether they recognize it or not.