Take Out The Trash 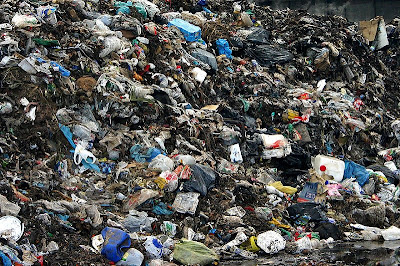 Along with our recent snow came weather cold enough to break my main water line.
I had to go to the hood to bathe and (well you know).
When some of the residents saw that I was at one of my vacant houses, many came over for a visit. I asked how they were dealing with the cold and how their Christmases were going.
The conversation turned from Jessie James' (a local hustler - I had to drop a little change on the brother, his injuries prevented him from "working".) recent shooting to Obama and the current state of our economy.
Some of the working girls told me that they're business is still strong.
Some of the ballers said the same.
I guess sin is profitable in any environment.
Many seemed to think that Obama is going to change things for them.
When I explained that he wouldn't have a direct impact on their livelihoods, they were a bit confused.

A recent article in the USA Today put forth the hypothesis that poverty breeds low I.Q.s.
The article cited influences from toxic environments and stress to poor diets.
(Have you ever noticed how so many poor people seem to be fat? Most of the poor fill up on high sodium pre-packaged foods and high-carb snack foods. )
This would seem to be the cycle of those I was dealing with.
Add to all of these social and environmental influences the mating of two people who already share these same perceived low I.Q.s.

But what can we do with these people?
Let's put them all in some sort of dump.
Let's treat them like trash.
Prison? Sure, why not. These people can't function in an environment that is helpful to the overall improvement of society, let's just lock them up in a controlled environment.
Or maybe we can just put them all "over there" in the hood.
Even when a glistening new complex is built to house these people, they revert back to the ghetto mentality.
But the problem is that the new buildings don't translate to a new way of thinking, and in turn, a new way of being.
Sure, the same people who seem to revert back to ghetto by default are mostly to blame.
But maybe these people learn differently. (My earlier citation about the early Rockefeller Foundation's goals would seem to suggest a eugenic/genetic plan to keep everyone in their place.)
How do we stop the practice of "ghetto by default"?
Or is there even a need?
Posted by uglyblackjohn at 2:12 AM

Some change - most don't.

The biggest problem I have with folks with the "ghetto mentality" are the myths and urban legends that are believed.

Get out in the world and experience it for yourself. Stop believing every crazy story you hear.

We have to change their environment. Either we take over the ghetto one house at a time or we take care of the kids. People say they have to want to change and I agree to a certain degree but what do they change to. I think people imagine dope dealers saying yeah we aren't going to make 10K a week or more for a 4 years of college just to make 1600 a month after taxes and wake up at 8am. No one has given people a viable alternative. As I said either we change the environment or take the kids and change the next generation. I guess I'm with the trash analogy!

To answer your question there is no need.

The ghetto mentality is losing ground in the black community (where apparently it lives exclusively) look at yourself, folks in your family.

Why are you not ghetto where do people like you come from?

You are not the deep thinker you believe yourself to be. Expand your mind.

Where was the majority of white people 100 years ago ( I choose white because by your way of thinking they have their shit together).

How long do you think it will take to fix the damage slavery, systematic racism as well as rampant materialism (which by the way is promoted and essential to american capitalism) has done to all people in this country?

Personally I don't believe it will ever be corrected. When the foundation of something (anything) is based on evil, what is built on top will not, can not last.

This is an interesting subject. I would love to see some more research on this...

@RunningMom - Again, it's largely psychological. If someone sees themself as "hood" - chances are that that's where they'll end up. They'll make alliances and form the social skils needed to flourish in their chosen environment. Same for middle and upper class.

@Freeman - To most dealers, dope dealing is a part-time job. The supply chain is fragile and retaining good employees (who don't want to start thier own business) is very dificult. Many would choose a solid 9-5 or 5-5 but they're starting from too far behind financially. The dealing is just to help someone "come up" fast. Most of the dealers in the neighborhood of my rentals understand that we are all businessmen. I can go to them about not kicking in my doors or burning my tenants out of the houses over a $46 tab that some dopehead tried to get over on.
It's just hard to compete with the flossing of the dealers. I have responsibilties. A set of $2k earings is a roof for someones house to me. A fresh set of "Forces" could help someone with their medicine.
Like I said, I don't know.

@ Trey - Pardon my stupidity. Well maybe ignorance.
But this is the reason for my posts. I DON'T have the answers.
I'm not interested (as much) in comparisons of Black/white. What I am seeking are answers to how do we bring more Blacks over from being "victims" and underperformance to controling their own destinies (which most already do - they just fail to realize it).

2 Ojo - The environmental aspect? That seemed pretty interesting to me too. I thought that I.Q. was mostly genetic.

I tell you what after all the hate I got on my post about BObama it's funny to see someone hate on yours. Don't worry UBJ everyone knows you're a smart guy. I'll validate you man! I think when you contribute to the blog you actually think. It's like playing ping pong hopefully I'm smart enough to hit the ball over the net.