We'll See If It Works 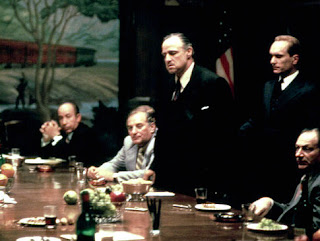 Most club owners are only concerned with what appears to be in their own best interest,
or status,
or both.
This past Sunday I organized an owner's summit which had as it's acronym B.O.S.S..
The name caters to their need to feel important but the topics discussed will help each remain in business with greater access to resources at a reduced cost.
The event was held at a rival club in a neighboring town to ensure that no one thought that I was trying to benefit at their expense by hosting the event at my club.
Each club owner agreed to treat the other club owners as V.I.P.s when they visit another club.
Each owner exchanged personal phone numbers, e-mail addresses and  business cards.
Each club owner pointed out their weak nights and asked for suggestions on how to improve traffic.

Night clubs are not a zero-sum game.
Towns from Memphis, to New Orleans to Austin have all created a market which caters to patrons from beyond their borders.
These towns attract people from around the country because their clubs work together to create a competitive music scene which allows each venue to benefit by focusing on what they do best.
This was my message to each club owner present.
That by having more clubs doing well at a lower cost - each club will help ensure it's own survival by helping other clubs remain in business.

"Well, we're going to end up letting John have our club.", one owner stated.
Another owner leaned over and whispered, "Shit, you already have their club".
"As a matter of fact, you're not even a majority owner in any of these clubs but you have more power and influence than any of us..", she continued. 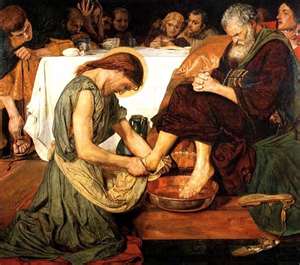 Someone overheard this and said, "He works for us.".
"But Jesus washed the feet of his disciples and he was the greatest among them.", the woman countered.
"Look, I'm just a bartender.", I said to appease their egos, "And the goal of this meeting is to ensure that all of you remain in business with or without me."
"He who humbles himself...", the woman continued.
Remember, this is the South and this meeting was on a Sunday evening after most had been home from church - so everyone caught her meaning.

"Look, the Godfather wasn't the Godfather because he was most cutthroat, the most vicious or the most self-serving." The Godfather only remained as the hegemon as long as he made sure that everyone prospered. His primary job was to ensure the prosperity of all and his (limited) power or influence was tied only to his ability to deliver such prosperity for e.v.e.r.y.o.n.e..", I said.
After my little soliloquy, everyone ate and drank and was merry.
(We'll see how long (and if) this idea lasts.)

- It must have gone well. Today I had club owners who refused the invitation asking when and where the next meeting would be held. The next meeting I will introduce owners to liquor and media reps to ensure that everyone has access to all available resources.
Posted by uglyblackjohn at 6:05 PM

Bartender diplomat... or kingpin.
who doesnt know that a monopoly on entertainment equals boredom.

Bored is not good in the entertainment industry.

It's hard to teach a man who has a mentality of everyone for himself to switch it up to everyone for the mutual benefit of everyone else. It's lucky you are in the South where getting out of Church means something.

Next time you go bring a power point display and show them Sunset Blvd. Where every club benefits by everyone being on one strip. So the popularity of one has spill over to other clubs and also shows them what attracts more people.

Good luck as your social experiments are very interesting to read about.

@ brohammas - This is no attempt at creating a monopoly. I'm just trying to let everyone know about the resources availible.
A few clubs declined the invitation but they are suffering for it.
The clubs involved in this little cadre benefit because they don't have to keep dropping prices while raises expences.
In the end, the customer wins because there are more viable options.

@ FreeMan - Yeah... reading too much Subrealism keeps me thinking about what motivates people. The yeast, mold, ant, whatever... models seem to be repeatable in humans and I'm curious to see what works and with whom.

I wasnt saying you were attempting monopoly, I was agreeing with you that the individual club owners idea that each wanted to monopolize was "off".
Free markets dictate that the best thing is for each to do what they are best at or specialize... ie more than one club.