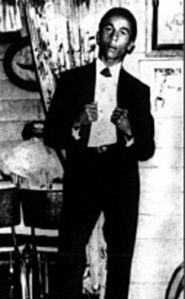 Back in the day, one made the best out of what one had - and for most people that meant 'street fashion'.
Even Bob Marley 'dressed up' on occasion in Rude Boy attire.

The Teddy Boys (Similar to Rockabilly here in the States) shopped at thrift stores to get their suits.
People liked to look cool - they just weren't willing to go broke doing it. 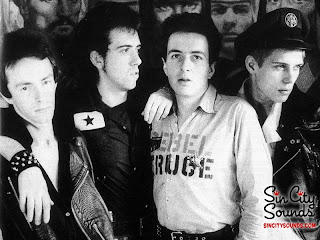 Before Vivienne Westwood began to turn punk fashion into high fashion, Punk groups like The Clash would wear clothing which was affordable to anyone.

That B-Boy stance?
It's the look one gets while being sized up as someone is deciding whether jack you for your ish.
White shoes, blue jeans and black jackets?
Anyone could afford this look. 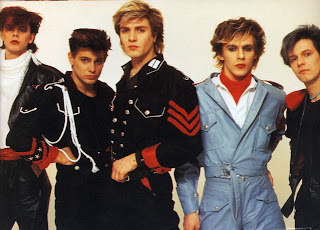 The came the New Romantics.
Sure, Adam Ant looked like a broke cast member of the Pirates of the Caribbean but Duran Duran adopted a more effete high-end look. 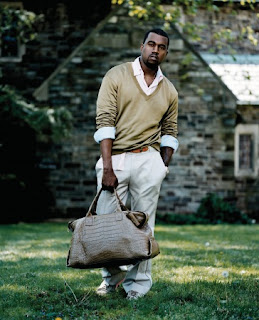 Which brings me to Kanye West...
Is Hip-Hop still relevant?
Is it still 'Keeping it Real'?
Nope, not when modern 'street fashion' is causing many fans to go broke trying to emulate their favorite artists.
Posted by uglyblackjohn at 1:26 PM

C'mon Kanye ain't street at all. He is the talented guy from Band Camp, Glee Club and the Audio/Video crew. He is a Geek made good by knowing beats but he sure as hell ain't street.

Also, Hip Hop has been infused with Pop money so now they have stylist and sponsors by Sean John. So instead of the NWA days of the same gear I can get at the swap meet. Designers are dying to have someone bring exposure to their handbag even if it's ambiguously gay looking by giving it a ambiguously gay guy like Kanye!

John I've never been too impressed with Kanye, but the brother's got style.

My idea of style is whatever looks good on the mannequin.

The thing is; I DO have a lot of designer clothes but I often feel like I'm wearing a costume while wearing them.
Back in my younger days I'd sport most of the styles shown above but felt as though they were more 'me' than are the Armani suits, Jahne Barnes shirts and Salvadore Ferragamo shoes I sport these days.

There have always been entertainers that go above and beyond. James Brown style was unnaffordable, lets not even talk about the P-Funk All Stars.

Be honest what dress to you preffer; Kanye or Lil Wayne?