You see... Blacks and other minorities just cannot control their emotions.
These people get all worked up over things which do not even really matter.
Take the Miami Heat for example.
I was rooting for Lebron and those emotional, fast running, high jumping, long shorts wearing, Hip-Hop listening to Negroes to win a championship. 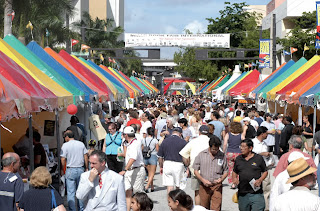 It seems that many within the majority-minority populated area of Miami Dade was rooting for their home team as well. 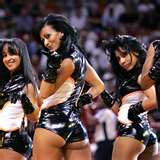 And you know how Blacks and Hispanics get when they mix with women (Miami Heat Cheerleaders), alcohol and a losing effort in a championship series.
Miami-Dade was ripe for a riot.
Some dumb Nigga's just don't know how to act graceful in defeat. 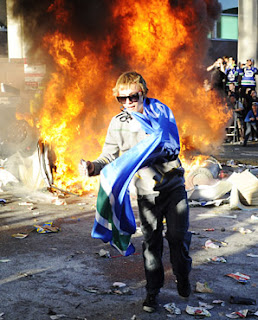 You see...
The white guys rioting and looting in Vancouver were not doing so because their Canucks lost Lord Stanley's Cup to the Boston Bruins.
No, these gentle Canadians were just showing solidarity with the downtrodden minorities of the American South.
These more educated and more cosmopolitan people of European descent were just protesting the lack of goods and services provided after the hurricane that struck New Orleans.
These compassionate beings thought to prove that the police did not have to have a history of subjugating them in order for them to stab each other.
These guys were just Miami Heat fans who finally got around to being mad that Dirk took a ring from Lebron. 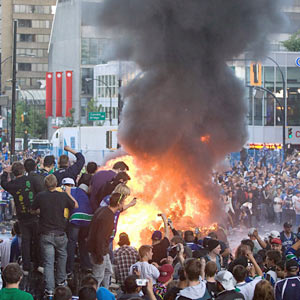 To these people, something as trivial as the Stanley Cup wasn't worth the destruction a riot would cost in their own city.
These people were just Miami Heat fans planted in Vancouver to give the city a bad name.
Posted by uglyblackjohn at 2:49 PM

now, how can a bruvva get a properly HD copy of that heat tailgame image used in this post?

What? OJ moved to Canada?

Have you also seen the pics with the thousands of Vancouverites who volunteered their time the next day and gathered to clean the mess left by the hockey hooligans?
A proud Vancouverite

@ Annon. - As I would expect from polite Canadians (Not ALL of them are bad.).