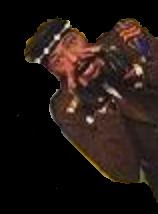 Chicago Sun Times - November 12, 2007 .
"With polls showing African-Americans have yet to give overwhelming support to White House hopeful Sen. Barack Obama (D-Ill), his wife Michelle said "black America will wake up and get it" in an interview running on MSNBC on Monday."
Many people claim that Collin Powell's recent endorsement of Presidential candidate Barak Obama is solely driven by race. The polls show a different story. The black vote had to be earned by Obama. About this time last year, Hillary Clinton held a lead among Black registered Democrats 53% to Obama's 33%. Powell's endorsement also had to be earned. Blacks generally vote Democrat while their core values seem to be more in line with the conservative social values usually associated with Republicans.
While Blacks only make up about thirteen percent of America's population, their vote is largely seen as the reason behind Obama's recent surge in polls. According to a New York Times poll - six percent of registered Blacks stated that they wouldn't vote for a Black candidate while only five percent of whites stated that they wouldn't. Obama's support among Asian voters (according to New American Media) is forty-one percent in favor of Obama and only twenty-one percent in favor of McCain. Gallop lists the Hispanic/Latino support for Obama at fifty-nine percent to McCain's twenty-nine percent. Hispanic News gives Obama a more favorable sixty-six percent to twenty-three percent lead among Hispanic/Latino voters. All of these groups combined make up only about thirty percent of America's total population, and about thirty percent of that thirty percent is voting for McCain. So, all of the "ethnic" support for Obama is only just over twenty percent of the total vote. Certainly not enough to win the Presidency.
Obama raised a record $150 million dollars in campaign donations in September (breaking his then record $66 million dollars in August). Most of the money raised was in donations of two-hundred dollars or less. People sending five, ten or twenty dollars is most common. Even in these tough economic times, people seem to be voting with their pocket books.
McCain can carp about Obama having more money to spend on his campaign while McCain is stuck with his $85 million government hand out used to fund his. McCain is complaining because Obama was smart enough to know what was best? C'mon John, the old dream of what was once America is over. It only shows McCain's poor understanding of how money works in today's world.
"Powell is looking for a job in an Obama White House" is often a reason given for his endorsement. If that's the case, good. Powell doesn't need to work. Powell is at a place where he can choose for whom he would work. If that choice is Obama, that's great! That confidence in an Obama Presidency is even more reason to be thrilled with Powell's choice.
"Powell should have come out in support earlier" is another often stated response. No, Powell is a military man who understands that when one strikes is as important as the strike itself.
Politico reports that one Republican official citing the Powell endorsement as; "..the nail in the coffin.... Not just because of him, but the indictment he laid out of the McCain campaign."
Kevin Madden, Mitt Romney's former spokesman, noted the impact of Powell's endorsement as "aimed at easing those doubts about Obama's readiness and experience right at the time voters are making their decision...".
Britt Hume states "I think this endorsement will probably help to solidify (those) who were maybe a little concerned about Obama".
Powell is noted as being the first Black "Rock Star" of national politics. As the most credible of the Bush Cabinet. As being able to work across party and racial lines. McCain can cite Henry Kissinger, James Baker, Lawrence Eagleburger and Alexander Haig all he wants, those endorsements added up don't equal Powell's crossing of party lines. Palin, Palin and Palin ; the three main reasons many can't support McCain.
Maybe Dap needs to ring the bell for those who continue to blindly support McCain and his choice of Sarah Palin.
Posted by uglyblackjohn at 2:38 PM

Most of those still voting for McCain/Palin would not even get your Dap reference. They are not putting a brown person in office....

It definitely had to be earned. I was disheartened to learn how many people thought that a black man wasn't ready to live in the Whit House, but they had no idea why they made that assumption.

I thought he had all the Black people. I wonder if she said that so it can make it seem like they aren't relying on Black people overwhelmingly turning out. Either way the way McCain is running his bigoted campaign he leaves most Blacks no choice. We might not agree with Obama but we definitely don't agree with a Bigot!