I lost my phone during our last hurricane. My battery was dead so I couldn't call my phone to hear the ringing and find it.
One day a white FedEx truck arrived with a package.
No, wait... it was a yellow DHL truck that came with the package.
You know... come to think of it, it was a brown UPS truck that brought the package.
It doesn't really matter what color the truck was that delivered the package. What was important was the package that the truck delivered (a new phone).
A recent comment to a post stated;
"I think it's ironic that you cite Scipio, a white dude that defeated the African Hannibal, to make your point. Because, of course, white folks have the solutions for the poor. ..."
I'm not trying to put foreword the idea of a "White Savior"
I'm not as concerned with the source of information as I am with the use of that information
Although it seems that the White Savior seems to have a more pivotal role in a situation's out come.
Michelle Pfeifer - Dangerous Minds
Peter O'Toole - Lawrence of Arabia
Keanu Reaves - The Matrix 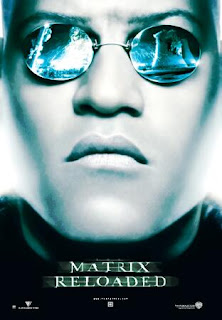 The counter-image of the White-Savior is the current ideology of the "Magic(al) Negro"
Magic Negroes are those whose sole purpose is to somehow help whites (in a supporting role) with their somehow other-worldly talents or knowledge.
Will Smith - The Legend of Baggar Vance
Guy Torey - American History X
Lawrence Fishburn - The Matrix
Now I read stories about Barack Obama being portrayed as the newest example of the Magic Negro.
Why? Why the need to somehow make someone out to be more than just a man who is trying to influence his country in a more positive way when given the opportunity?
(Or Oprah being a "Mammy" character.)
The Bible says that a prophet has no honor in his own land - hence, the need for an outsider to come in and make the appropriate changes.
Throughout history, there have been myths, legends and religions based on this premise.
From the Magi in Genesis,
to the Egyptian mediator deity Thoth,
to Hermes/Mercury in classical mythology,
to Athene helping Odysseus in the Odyssey,
to Merlin in the Arthurian tales, 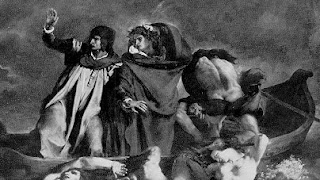 to Dante's use of Beatrice and Virgil,
to Mephistopheles in Faust.
(Although the Faustian "guide" is more in keeping with the popular understanding of Jinn as; Aliens, Poltergeist, Demons, Ghosts or Nephilim and not angelic)
Most people need an outsider to find their answers.
For others it's the Christian belief of the Holy Spirit being in each of us.
It's Siddhartha leaving his BFF Govinda and the structure of the Brahmas and the Samanas because they couldn't teach him his truth (Buddhism).
White Savior or Magic Negro?
Who cares?
What is important is what they bring

Posted by uglyblackjohn at 2:36 PM

What can Brown do for you? Love the UPS pic you found...if that were really the uniform (for those able to pull it off) UPS would be oh so popular.. lol.

I don't care what color your skin is, I'm more interested in what we can accomplish together and what we can learn from each other.

I know what the Magic Negro looks like and Obama is not it. But more importantly you are correct, who is bringing the solutions? Here is to Christmas day and your Birthday America. The only two days you don't care what color your goodies come wrapped in......

I merely made the observation. The fact that you chose to cite some ancient, pasty-ass dude was hardly the crux of my original comment, but I'm glad you were able to get an entire post out of it.

Of course good ideas and solutions can come from anywhere and a diversity of perspectives is crucial. However, it IS ironic, that in this blog, where you mostly preach about race, blacks, and the poor, that you chose Scipio, ancient, aristocratic, white dude to spit some knowledge on the issues of blacks and the poor. It's still ironic.

In proper context, the source of the information sometimes is worth considering.

White savior? That is magic, Negro!

Point made. No matter who's perceiving it, or what their perspective is, the only real issue about these people is what they bring, and will it be beneficial. If the answer is yes, anything else is a non-issue.

You beat me to it. I guess great minds think alike I have a post coming up on the Magical Negro. Thanks for the education because you go way more in depth than me. I might put you as follow up link on the post.