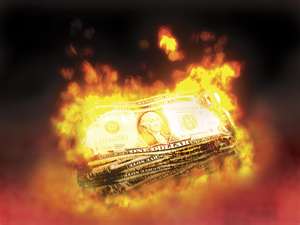 The recent (current) failure of our banking system was the best opportunity for our government to reform a system in which many no longer believed.
(Yes, it takes faith to believe in any currency when such a currency is no longer backed by anything with a hard value.)
As we can now see, the bailouts didn't really help the common man.
Those who were helped were those who created this mess to begin with - not those who work and actually create real value.

A quick story on money which loses it's value when held can be found in one of those little Disinformation books.
(The Little Earth Book - page 72. Worgl money that is not worth keeping taken from Short Circuit by Richard Douthwaite 1996)
Or; http://www.panacea-bocaf.org/theworglschillings.htm
Posted by uglyblackjohn at 5:23 PM