I Watch A Lot Of Television 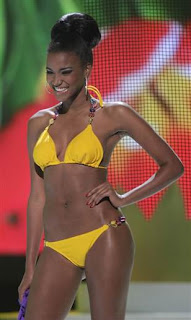 But not always what I want to watch.
It was nice to see a fit and attractive Black woman (Angola's Leila Lopes) being heralded as the face (and body) of human beauty in the recent Miss Universe pageant. 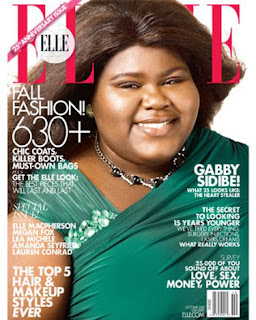 This is a far cry from those who wished to dictate that someone like Gabby Sidibe was what most among the Black race think of when they think of Black beauty.
Many Black women were upset when others mentioned that Ms Sidibe was not attractive enough to be on the cover of a high-fashion magazine.
And this started a trend in finding 'Real" Black women to appear on television. 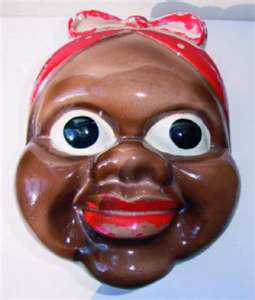 Personally, I'm sick of the Mammy image being the standard for Black women.
Some say that Black women are just naturally 'big-bone-did"
(Really... show me a fat skeleton...?) - but this is not the case. 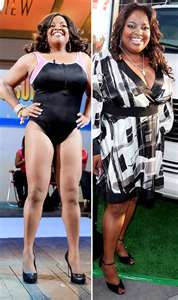 Sure, Sherri Shepherd comes across and looks like a character from something written by Tyler Perry but even the older (and some would say, 'less attractive') Whoopi Goldberg comes across as having more class and being more attractive..,
Ms Shepherd is just another ghetto-fab Mammy character. 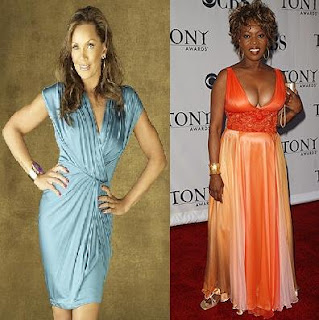 The producers of Desperate Housewives got it right when they cast Vanessa Williams as one of the wives instead of featuring the token Alfre Woodard.
Ms Williams is just a better fit on a show which features women thought of as being attractive. Many of the elderly women I check in on complain about the new 'Malcolm' on The Young Young and the Restless as being 'ugly' compared to the old one.
But they're ready to fight when I say that Victoria Rowell is stunning while the new Black woman is nothing to look at. 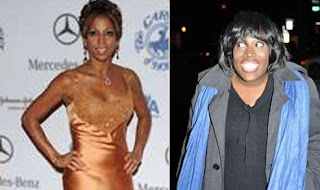 Really?
The Talk replaced Holly Robinson-Peete with...
Sheryl Underwood?
That's not even fair.
Holly is hot...
Sheryl is not... 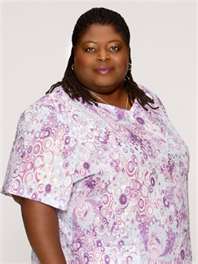 And then I see a new 'Mammy' on General Hospital.
Sure, The Miss Universe pageant may be shallow...
But I east the woman are fit and attractive and none of them resemble Hattie McDaniel.
Posted by uglyblackjohn at 11:55 PM

It would be nice if beauty was allowed to come in a variety of packages. Kudos to Ms. Lopes, but the genetic makeup necessary to maintain a figure like that exists for just a few people. I exercise all the time and eat well. And I will never be that thin. Or tall.

The long hair, the (mostly) light skin, the very anglo features...it's not that Vanessa, Holly and Victoria aren't lovely, it's just that loveliness can look like a lot of things.

And really? The objection to Sheryl replacing Holly is that Sheryl isn't hot. How dare we insult the male gaze by allowing a regular looking woman on television. What? Are we expecting people to listen to her and not just stare at her body?

Sheryl? I can't stand the look of small teeth and huge gums.
These women look like the Alien in the Alien movies.
I didn't even like Jennifer garner when HER teeth were too small so it's not about having Anglo features.

The images on television are created by those behind the scenes. In these shows, almost every non-Black personality is tall, thin and attractive.
The Black image always seems to be one of being The Mammy.

You're a colorstruck brute, "John". We get it. Like your blog, though.