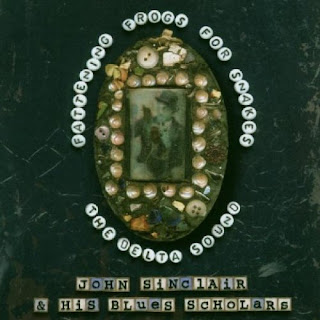 An old Blues song warns of 'Fattening Frogs for Snakes'.This is what I've been doing in my recent turn at trying to rebuild a nightclub.
Most of my time, influence and money has been spent trying to rehab the image of owners who were too cheap, selfish and greedy to succeed.
Add to this that they wanted to dismiss their Black patrons in favor of white ones.
(For some, this may not be a bad idea - but this is Da' Souf.)
And letting their former patrons know of their intentions is even worse.
*Being Black club owners who do not like Black people is never a good idea.

While this is my first time not receiving my profit bonus, these owners still owe me my service fee.
They cannot afford to pay me but they cannot afford not to pay me even worse.
(I hate running nightclubs - I'm just good at it.)
As of today, I am now the majority owner (70/30) of a nightclub.

Nightclubs are funny though.
I get to experiment and watch the things which motivate people.
Looks, money, status, popularity, etc. all come into play.
By doing this I also get to manipulate people.
How do I convince people buy what they don't need?
How do I stop problems before they exist?
How do I avoid taking people's money but instead convince them to give it to me - and then to do the same day after day and week after week.

Posted by uglyblackjohn at 10:45 PM

If I ever pass through Texas, keep an eye out for me. I'll be the white guy drinking sprite at the bar while everyone stares at me suspiciously.
You will recognize me, come over like we are old friends, at which time my mystique and mystery in the minds of all observers will be complete.
Sign me up for that Dos Aquis ad campaign now!

Nah, brohammas... the club plays jazz and blues some nights so the crowd gets pretty integrated sometimes.
There are also lots of people who don't drink. A white councinman's wife just came in last night and drank Sprite.