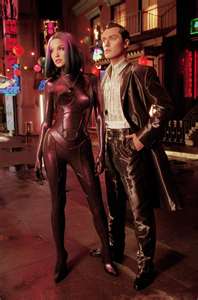 There has to be more to life than material goods and the seeking of status.
Many Science Fiction movies have attempted to explain this religious dilemma through the use of the more enlightened of creations seeking his creator.
In A.I. most androids go about their 'lives' doing what they were created to do.
Even when some learn emotions such as fear - all just regress back to their primary code to function as they always had.
That is, all except for the more advanced "David" model.
David puts his fears aside in order to undertake an impossible quest in search of an impossible answer - even if it costs him his life. 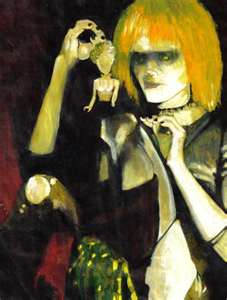 In Blade Runner - Replicants go about their business until one advanced model (Roy Batty) decides that he wants to live.
In the end, Roy allows himself to die for some unknown reason. (To save Rachael maybe?) 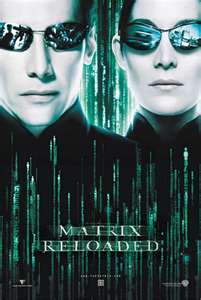 Even in a world of enlightened and free-minded citizens - it takes one who is at a higher level of consciousness, one who sees what and how others cannot, to save the day.
In the Matrix movies - Neo's purpose is save those around him.
But Neo has an even greater understanding and vision than those who seek to manipulate him - Neo seeks to become one with the original source.

Even if self-preservation is written into our DNA coding - could altruism and selflessness be a sign of being a more advanced model than the rest?
A sign of being, '...in the world but not of it...", as some religions put it?
Do such practices bring us closer to God, our creator, or to our original source for answers?

Posted by uglyblackjohn at 10:42 PM

Yes, I definitely think some people are more enlightened than others. This enlightenment is what enables society to progress.

So See New...
We are just working towards the Next Scalar Cycle?

@ Desertflower - In your opinion - Is it possible for one to be 'enlightended' without even knowing it?

"It", is always so engaged.