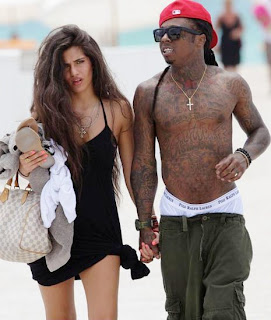 Y'all just Niggas.", I said to a group of men complaining that, "The white man won't let us have nothin' for ourselves."

"Let"?
"LET"?
Really... in this day and age some people still imagine that they have to ask permission to do well?
The comments came when some well-to-do Black patrons noticed a group of white guests at the club.
"This is our club.", one woman said.
"Is your name on any deed, licence or signed at the bottom of any pay check?", I asked.
"THIS is my club and I treat everyone well.", I concluded.

By now, I know the routine.
The offended patrons will talk shit about me for about a week trying to start problems between me and others we all know.
"You don't know who you're effing with", will be the most common remark.
"If I don't know who I'm effing with, you must not be that important.", I will reply.
First their friends will call or invite me to lunch to reassure me that things are still cool between us at least.
Then those closest to them will ask if I'm still mad at the offended person.
Then the offended person will call or text with some excuse as to what they really meant to say.
It happens all the time.

I'm not an important guy - I'm just normal.
I have my own mess to worry about without having the time to worry about gossip.
I'm more concerned with my group of elderly women eating and taking their medicine everyday than I am with being invited to the 'right' parties or social gatherings.
I'm more concerned with teaching fatherless boys marketable skills than I am with being a member of any 'in' group.
But being 'in this world but not of it' causes some to think that I have some hidden agenda.
By helping others who are unable to help themselves, I am causing some, whose only goal in life is attaining more status, to resent me.
By trying to remain humble and principled, I am causing some to question my intentions.

Trying to be a good man also seems to give me access to people the titled proles and minions are seeking to impress.
"You know my boss, parent or superior?", is the most common reaction from someone who is easily offended.
"Oh, so-and-so? I play golf/tennis/poker with him or her.", or "Yeah, we volunteer together.", or "I helped his mother, son, brother... with something", or "We see and speak to each other.", are common replies.

People value most what they were lacking the most as a child.
The skinny and weak kid values strength...
The poor kid values money...
The unpopular values popularity...
The ugly kid values looks...
The disrespected values respect... .
Each then becomes a bully using what new trait or resources he's gained as an adult.
People who've are said to have accomplished the most often seem to be those who have compromised their values the most so that one who retains his values often seems like an impossibility.

As a kid I was dishonorable.
I'd use people for whatever purpose suited my needs and/or desires while leaving them to pay for my mistakes.
I was a thief.
I would steal what I wanted while setting up others to take the blame.
I was a racist.
I taught to believe that everyone white was to be milked for their worth and then left behind for someone else to use.
I was fearful.
I would let others suffer for my misdeeds.
I was self-centered.
As long as something benefited me - that was all that mattered.
Bret Easton Ellis' Patrick Bateman ain't had nothin' on me.
Because of this, I now value things like honor, virtue, bravery, humility and creativity above everything else.

But back to those who are so easily offended...
"But you started a Black-only club owners group. Isn't that racist?", one guy asked.
"The purpose is to get enough Blacks to begin to know (not hope - not think - not believe) that they are ,in fact, equal so that they cannot use race an an excuse for their failures.", I said.
"We're better than white people. White people copy and fear us.", another guy said.
"Look dumb-ass.... You're not even better than the people in this club. How do you think that you are better than everyone white? White people don't fear you - they fear the same Black people you cross the sidewalk for when you see them walking your way. Copy you? What have you ever done that has improved on something before it? What have you ever done that was original?", I said.
"If you're so superior, why do you use something as trivial as ones race as an excuse for your shortcomings? If you were indeed better, something like 'race' would be just as important as your hairstyle.". I continued.
"If your asses were less concerned with gaining the respect of others at all costs - maybe those same people would actually respect you.", I said.
"If your asses wanted and worked to gain stable families and communities instead of seeking what others tell you you're supposed to want - maybe you would not even care whether others approved of you in the first place.", I said.
"Which brings me to my point. I AM BLACK and everything good that goes with it. Your asses are just Nigga's and every negative stereotype that goes along with them. If you wish to claim greatness - be great. If you wish to stick with the philosophies of being subjugated - be a Nigga'", I concluded.

This mind set was enough for me to vote for Obama. Politics aside, the idea that "they" wont let me do so-and-so is cripling.
I hear TV folk complain about Obama's rock star status and I get what they say about him not deserving the popularity, but when I see relatively thuggish or raggedy folks around the way rockin an Obama T-shirt rather than a Lil Wayne t-shirt... how could that be a bad thing?

Could you perchance video tape one of these "goin off" episodes? I would love to see it.

Dude, I don't even get upset - I don't "Go off".
Most of the time I just get sick of people who are supposed to know better telling others that the old ways are still the best ways.
I'm not from here so I really don't care who likes me and who doesn't.
I leave out a lot (A LOT) of the cussing that I do when i try to explain things to these people.