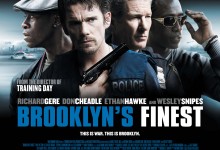 John Kurman said; "...i think you are suffering from a variant of (Cynical) Cop Syndrome. In those clubs... .".

Maybe, but I don't think so.
I can always just go home and drink lemonade under a tree in the backyard and say 'eff all y'all'.
I'm not trying to help people here to benefit myself - I'm trying to help the people who have to live here.

FreeMan uses Plato's Cave as an example in one of his recent posts.
Most people only know what they 'know' and this is usually a viewpoint created by limited exposure and experience.
My biggest problem here is that so few people can imagine a life of equality even though this option is readily available to almost everyone.
Most people have become so inured that they wouldn't know what to do with equality if given the responsibility. 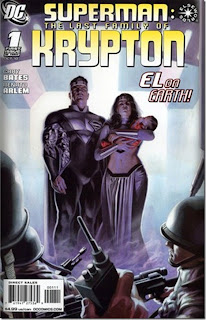 Don't get me wrong - I'm just a regular guy.
It's not as though I'm Superman coming from a distant world nor is it that I possess other worldly super powers - but I did come from a highly competitive environment.
My town was integrated before I was born.
The Black schools were equally funded and the gifted kids were hand picked and separated for acclimation and acculturation.
Being a college town surrounded by military bases, NASCAR and churches - we were even more Middle-America than those in Middle America. (And this shaped our values and perception.)
We were the guinea pigs who were forced to excel.
My high school was one that would (illegally) recruit the best athletes from the area.
(A starter at another school would sit on the bench at ours.)
What I thought of as being 'normal' turned out to be exceptional to many others here in Smalltown USA.
The ability to fit in and excel within many social structures is not as common as I had thought.

It's not as though I've been chosen as The One who would save all of humanity either.

Most of the time I'm more similar to the Merovingian.
Sure, I dress well and get the girl... but that's not it.
Most of the time what I have to offer is 'information'.
The information that racism is not a problem to the point where it cannot be overcome by being educated, skilled and prepared.
That being called a "Nigger" should have the same effect as someone calling you a "Doo-Doo-Head".
That the mistakes from ones past do not have to determine the possibilities of ones future.
That we all have the ability (and responsibility) to make our own lives better by taking ownership of our choices and conditions. 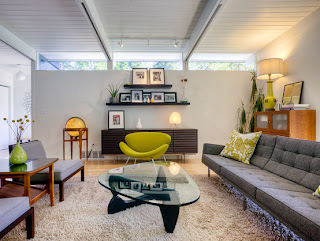 I don't even like this role.
All I ever wanted to do was to collect and sell Mid-Cent-Mod furnishings.
But this town doesn't have a market for such things.
Most people here (regardless of ones race) still value cheap Ashley furniture (which depreciates in value) to the well-built, solid wood classics of the past (which appreciates in value).
Most people here are still more concerned with impressing everyone else than they are with getting and doing what they really want for themselves.
I'm not a cynic - I'm just tired.
Posted by uglyblackjohn at 6:38 PM

Ah, see? There you go! You just need a vacation. I'm going to recommend some Bach, and maybe a cold one. Or better still, some Galactic funk and a warm one or two(since you always gots the girls).

All that's missing is the information. The revolution is the awakening of the minds by any means necessary.

UBJ you just think out loud (or write it on the blog) primarily because you wonder are you the only one who sees the solution. The answer is yes and if it wasn't for the blogosphere you wouldn't cross too many people who lived and executed your proposed solutions.

Hey even what I do is a experiment. Can I get people to think and grow by trivializing it through money. It seems to be working so far.

Had I the cash I would purchase your mid century mod furnishings. Or perhaps barter for wall hangings.
Howlong till you suggest a club owner name his place Krypton?