If given the choice, why do we humans so often choose to do that which is not in our best interest?
Why do we take a short-term gain when we know it will result in a long-term loss?
Why do we choose partners which put us through hell on earth?
Why do we buy into an economic system which has shown itself to be a failure time and again?
Why do we purposely ingest harmful toxins into our once pristine bodies?
Why do we always choose to leave a perfect garden in favor of a corrupt world? 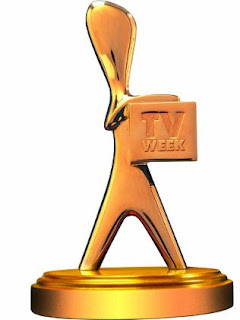 Shouldn't we, as a species, have learned that most of our current behaviors lead only to death and destruction?
Why do we always choose to sin?
Vanity is said to be one of the Seven Deadly Sins.
IMOHO - It is probably the worst - it is the sin which leads to all others.

As I said, I hate running night clubs - I get bored.
But the clubs are a good place to watch people interact.
The hierarchies are built and maintained (or toppled), the cliques are formed and reformed, the strong rule the weak, money plays, looks matter and people value what seems to be without regard for what really is.

Regardless of what one has accomplished in life, it seems that all people seek status - to be recognized as being better than everyone else.
When one feels that he is at the level which affords him some type of special treatment, the denial of such special treatment triggers fits of anger.
This is what causes many problems regarding race and the resulting racism.
As long as someone 'knows his place', everything is honky-dory. (I know it's 'hunky' but 'honky' works better here.)
When one tries to grow and excel beyond the limits put upon him by others, that's when the problems begin with both groups of the oppressors and the oppressed.

When one is still trying to acquire such treatment, such treatment seems to be the penultimate goal in ones life. Every purchase made, friend met or word spoken is used to imply a sense of belonging to an ever more esoteric group.
Every reference made is meant to imply erudition.
Every car, television, watch, i-Phone, or home purchased is meant to convey wealth.
All clothing worn is intended to imply that one belongs to the leisure class not the working class.
By saying things like, "I know, met, sat by or just saw so-and-so.", one seeks to convey that he is not a member of the proletariat but that he is one of the elites.
Poor people will even choose to remain poor just as long as they think that others will bestow status upon them just because they have a few knock-off trinkets.

From whence, volition?
IMOHO - the answer is; "The Ego".
Posted by uglyblackjohn at 12:31 AM

I think the answer to why people do things against their interest depends on what the real goal is.
Often in chess it is advantageous to sacrifice a piece to set up a game winning situation.
SO it is in life.
Really, this idea is at the root of the whole purpose of mortality... but I suspect you already know that.

i think you are suffering from a variant of Cop Syndrome. In those clubs, you see the worst of primate behavior.