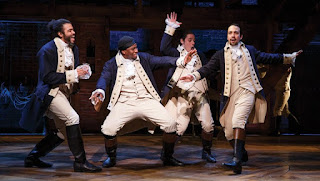 Some criticize Hollywood for the white-washing of historically non-white figures in feature films. These are the same people who celebrate the diverse cast in a play about a distinctly un-diverse group of historical figures.
These are the effete erudites who form the new Politically Correct Cultural Police.

The PCCP exaggerate every real and perceived racial slight. These are those who gasp and clutch their pearls at even the slightest micro-aggression.
The PCCP passively-aggressively lynch and bully their victims on social media. 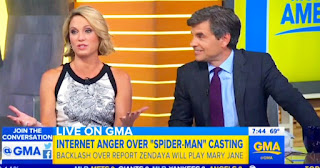 While covering a story about proper and acceptable racial casting - Amy Robach misspoke by referring to Blacks (Or is it 'black', 'Negro', 'African-American', or whatever the latest terminology is these days.) as 'Colored People' instead of 'People of Color'.

If the term 'Colored People' is so offensive - shouldn't the PCCP first seek to teach the NAACP a lesson?
Posted by uglyblackjohn at 12:11 AM

You see University of Chicago's announcement about "safe spaces"?