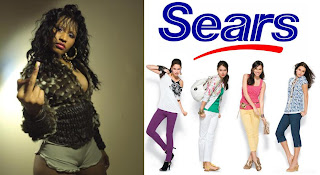 While Hip Hop produced outside of the mainstream is Haute Couture.
Sure, there are some misses - but even the mistakes advance the art.
Posted by uglyblackjohn at 5:36 PM