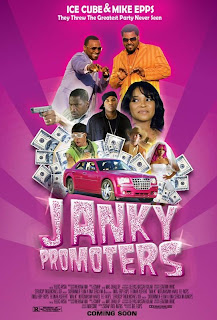 But at this point it's more about a battle of philosophies than it is a battle of nightclubs.
You see, I'm not a paper-chaser.
I like money, yet it is not my primary motivation in the decisions I make.

Our club has been doing pretty well and now it seems that everyone has some sort of new way from which I can make even more money.
The thing is - I don't open on Sunday's (unless it's for a benefit), I don' work with outside promoters, I don't water down drinks and I don't sell drinks after hours.
I play by the rules and follow the law.

I guess success breads contempt.
This past weekend (Well... the whole week, I guess) we shut down most of our rival clubs.
As many of our patrons were in NOLA for the Essence Festival - most clubs had a slow holiday week.
But not us.
We were so packed every night that a rival club owner sent people in to pull the fire alarms at our club when we were SRO.
Posted by uglyblackjohn at 1:46 PM

WooHoo! So happy for you John! Even if you don't like it, but money buys honey ;)))

But be careful the competition seems a little sneaky and underhanded! Dayum!

Success is sweet. Enjoy it.