You Can't Handle It 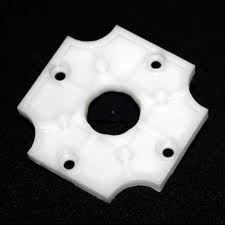 Chances are - you could not handle getting everything you wanted.
NASCAR uses a restrictor plate to reduce speeds at it's races and to lower the chances of deadly crashes.
Addictions, fame, wealth, an overabundance of food, big houses, pimped-out cars, bling, and status would kill you.
If you cannot handle what you already have without being jealous, spiteful or arrogant - why would you expect to be given more of what you ask?
If you are unteachable with a little - you would not heed wisdom with a lot.
"Want" is the restrictor plate used by nature.

Replace the man of which Mary J. Blige sings with anything - piety, wealth, fame, status, anything...
Her conclusion is that she has to matter to herself - that her happiness begins with herself and not in some outside source.

Posted by uglyblackjohn at 6:43 AM

she has to matter to herself - that her happiness begins with herself and not in some outside source.

I had to learn that the hard way. I had a bit of corporate power at one time, and it made me a wreck. But giving up that high of having everybody listen to me was the hardest thing I've ever done.

This post makes me think about lottery winners. How all of a sudden they have more money than they ever imagined they'd have. And then all the problems start.

I think the problems start because all of a sudden their whole life is measured in dollars and cents.